Imagine returning home one day to find that someone very dear to you had suffered a fatal accident. Then imagine how you would feel if you learned that the accident was entirely preventable; how you would react if you discovered that it was caused by the negligence of someone you had trusted to carry out electrical work in your home.

This is not a hypothetical scenario; it is the type of tragedy that still has the potential to shatter the lives of any one of the 1.4m householders estimated to be living with electrical hazards in the home. It speaks volumes of the unacceptable levels of risk that continue to result in thousands of electrical fires and hospital admissions each year.

As chairman of the Electrical Safety Roundtable (ESR), I regularly speak to with a wide range of industry stakeholders to help prevent such tragedies. We have created concrete proposals that could eliminate many of these hazards as a result of a major investigation sponsored by the National Association of Professional Inspectors and Testers. This article will explore three of our key recommendations.

The investigation focused on the enforcement of Part P. This important part of the Building Regulations is a core piece of legislation in England and Wales, specifically designed to ensure electrical safety in the home.

The Electrical Safety in the Home: Enforcement of Part P of the Building Regulations in England report gathered substantial evidence. It also considered the roles of the key actors involved to help develop approaches that might improve this crucial aspect of electrical safety.

Our report surveyed all local authority building control departments in England and returned an 87 per cent response rate, making it one of the largest studies of its kind. A substantial portion of our focus fell on these authorities due to their formal enforcement powers and ability to prosecute those who fail to comply with Part P.

The study found that, on average, 72 per cent of local authorities each year had not taken any action against Part P non-compliance from 2011 to 2013. It also suggested that only 2 per cent attempted to prosecute a case under this part of the Building Regulations, resulting in just one successful prosecution during the three year period surveyed.

These findings support the substantial anecdotal evidence, received by some ESR participants from registered electricians, that suggests there is little legal or financial deterrence to prevent Part P noncompliance.

It’s a concerning discovery, but the real test of our industry is how we overcome it. The ESR report proposed a number of workable solutions that would see local authorities, Government and key industry stakeholders such as Competent Person Scheme Operators working together to introduce a more effective enforcement framework for Part P.

First, we want local authorities to be given new powers to issue spot-fines and stop notices in order to deter substandard work. During consultation work carried out as part of the report, LABC, the organisation which represents all local authority building control teams in England and Wales, noted that there is concern within authorities that prosecution is time consuming, costly and sometimes a disproportionate solution. This is why we believe lower level powers of legal deterrence would result in more effective and efficient enforcement.

We are also urging the Government to implement changes that would enable authorities to recoup the costs of interventions, such as ensuring the proceeds of spot-fines go to local rather than central government. Over the past five years, building services within authorities have seen cuts of around 34 per cent, so, throughout the report, we’ve been wary of pointing fingers. LABC noted that in many instances local authorities express a desire to prosecute more cases but lack the funding to do so. This desire must be supported with appropriate resources.

Second, we argue that electricians could be required to report on electrical installations that pose an immediate danger; installations that would be classified as a C1 in an Electrical installation Condition Report (EICR). They should also be required to report on electrical fatalities, serious injuries, incidents, fires and explosions in a similar way to gas installers in order to help relevant organisations build up a more detailed picture of the industry.

Preliminary data explored in the report suggests that prosecutions in the gas industry are many times higher than those for electrical work, with 21 gas prosecutions reported between January 2012 and March 2013, compared to one successful prosecution under Part P from 2011 to 2013. Differing reporting requirements between the two industries may be one of the factors to account from these outcomes. Bringing them into line could therefore pave the way towards more effective enforcement by making authorities aware of dangerous situations before it’s too late.

Third, we want the Government to consider introducing a legal requirement for all electrical work which falls under Part P of the Building Regulations to be carried out by a registered, competent electrical installer. Registration of businesses that carry out gas installation work has long been mandatory under the Gas Safety (Installation and Use) Regulations. Part P registration under the Competent Person Scheme is, by contrast, entirely voluntary. This is a fact that, as chairman of the Gas Safety Trust, I still find difficult to understand. After all, the risks posed by substandard electrical work can be equally severe.

There are around 42,000 electricians in England and Wales registered with a Competent Person Scheme Operator. Around 17-18,000 more may currently be unregistered, according to our estimates. One Scheme Operator reported that, while installation faults are found on 8 per cent of inspections where companies are seeking approval for the first time, it is less than half this for annual surveillance inspections. This suggests that compliance rates for registered electricians could be up to twice as high as for unregistered ones. Requiring all work which falls under Part P to be carried out by a registered electrician could therefore reduce rates of substandard work significantly, without imposing a disproportionate burden on reputable electricians, many of whom will already be registered. It would also simplify the enforcement role of local authorities, who would be given a clear mandate to crack down on rogue traders.

The full ESR report makes additional proposals to improve the electrical safety of our homes that could not be explored in this article. If you have the chance to read it, ask yourself this question: if someone close to you suffered a fatal accident, would you consider anything that could have prevented it too great a price? The price of implementing our proposals is not significant, so I urge Government and industry to work together in order to introduce appropriate measures, that will assist more effective enforcement, as swiftly as possible.

To find out more, download an executive summary or request the full version of the report at: www.electricalsafetyroundtable.co.uk 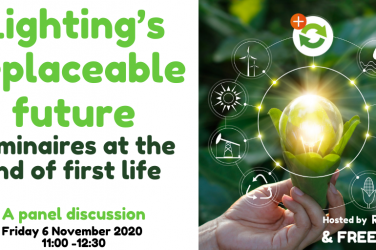 The next online Recolight panel discussion is scheduled for 6 November at 11:00. This ... 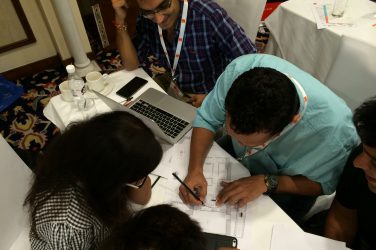