According to TrackMeBack.com and Engineers Australia*, all indicators show that the engineering sectors in Australia and New Zealand will continue to experience growth, particularly in engineering constructions associated with major public infrastructure projects.

The boom in Australia’s mining and natural resources industries, and corresponding construction industry boom, have left employers in Australia and New Zealand with considerable skills shortages for some time. The mining industry has created approximately 130,000 jobs since 2007** and skilled migration has been the Australian federal government’s first line of response to its persistent shortage of engineers, with the UK being a primary source of expertise.

Australian born individuals make up only 50.6 per cent of the engineering labour force, with the remainder coming from overseas*.

Confidence in the outlook for Australia’s mining boom has recently been dented by a soaring Australian dollar, two year lows in both iron ore and coal prices and a slower Chinese economy, but Caroline Rafferty, general manager of TrackMeBack.com, says there is still strong demand for engineers in Australia. She said, ‘Just this week the Australian government predicted the creation of 100,000 new jobs in mining in the next five years, and that’s what we’re hearing from our clients too.

‘Employers are still finding it really difficult to fill engineering roles in Australia because the domestic supply of new engineering graduates hasn’t been able to keep pace with increases in demand for a number of years. We’re still lagging way behind in terms of filling those gaps so working in Australia remains an excellent proposition for experienced UK engineers.’

And just over the water, in New Zealand, it’s more of the same according to TrackMeBack.com client Transpower, which owns and maintains the national grid for New Zealand.

‘We’ve lost a lot of our young engineers to Australia because we can’t match their salaries,’ said Elizabeth Williams, recruitment advisor at Transpower. ‘As a result, we have an ageing workforce and we need to ensure their knowledge is transferred to younger staff before they retire.

‘The post earthquake rebuilding of Christchurch has unmasked a skills shortage that was always present. Demand is especially high for transmission line engineers, protection engineers and power systems engineers. And at the moment, because we’re in ‘build’ mode, we’re also looking for civil and mechanical engineers.’

In both Australia and New Zealand, engineers of all descriptions are high on the list of in demand professions. This means that UK engineers who meet the Australian and New Zealand government’s current criteria – in terms of skills, experience and qualifications – can obtain skilled migrant visas entitling them to live and work permanently in those countries.

‘We’ve seen our business more than triple in three years,’ said Caroline Rafferty of TrackMeBack.com, which enables UK engineers to secure jobs with leading employers in Australia and New Zealand before they make the big jump down under. ‘From what we can see it doesn’t appear to be slowing down and TrackMeBack, our clients and the Australian and New Zealand governments expect demand for experienced UK engineers to remain high for the next five years!’

*The Engineering Profession – A Statistical Overview 2012, Engineers Australia, the common name of the Institution of Engineers, Australia with a membership of 93,000. http://bit.ly/N302UM 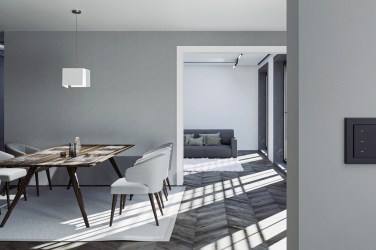 Gira has expanded the capabilities of the Gira System 3000 which controls lighting, blinds and ... 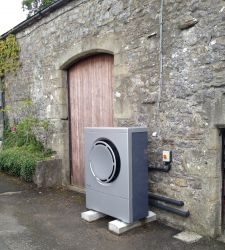