Macdonald argued that the current set-up was biased in favour of university and led to bright pupils going down the academic route when they were 16 and 18, rather than considering the full range of options open to them.

‘What we have at the moment is a system which allows some schools to turn university acceptance rates into a USP, and, as a result, wrongly positions apprenticeships as a silver medal for school leavers,’ he said. ‘This is something that cannot continue.’

Macdonald continued: ‘A fairer alternative would be to combine the ‘Higher Education’, ‘Vocational Education’ and ‘Further Education’ sectors one name – ‘Tertiary Education’, say, to highlight the fact that it is the next step after Secondary Education. Doing so would change the perception in the education system, and consequently in parents and other key influencers of young people, about the best steps after secondary school. It would encourage more young people to look at options beyond university when considering their next steps, and would allow industries like ours a fairer chance of recruiting candidates to our apprenticeships.’

He concluded: ‘We need a new approach to how we view and inform young people about the choices they make in the future – and the first step to achieving this is to ensure that all post-secondary educational options are viewed on an equal footing. Creating a new educational system which does this would be the first step towards ensuring young people are given a chance to consider all the options open to them when they’re planning their future.’ 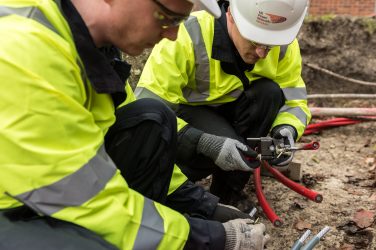 UK Power Networks Services has announced that it has successfully won a contract with ...