The Green Deal and what it means for the industry

David Lewis, marketing development manager at Schneider Electric, offers insight on the Green Deal and what it means for the industry.

The Green Deal is currently one of the most documented subjects in the industry, yet many electricians and homeowners are not sure what it means for them. As we all know, energy usage is a big issue. In fact, it is estimated that energy consumption will double in the next 40 years. So, it is crucial to know the basics and the ins and outs of what could be the most profitable scheme this year for electricians.

In fact, according to a YouGov poll commissioned by the Electrical Contractors’ Association (ECA), 98 per cent of the British public say they do not fully understand the Green Deal and how it works. A staggering 62 per cent have never even heard of the scheme, despite this being the government’s flagship energy saving initiative.

So what does it really mean for the homeowner? Well, we already know that millions do not have double glazing and many lack adequate insulation and have inefficient boilers. In brief, the scheme is at the frontline of delivering energy efficient measures to consumers. Homeowners and leaseholders will have the opportunity to install different energy efficient measures into their properties with no upfront cost but paying back with the savings made on their energy bills.

In theory, the improvements will result in savings on energy bills that will more than offset the cost of implementing them. Yet there is no guarantee that those who sign up to the scheme will actually end up better off than they otherwise would have been.

Historically the market has been characterised by single-technology solutions but the Green Deal focuses on the overall solution which is what’s best for properties. If nothing else, it focuses minds on energy efficiency and shows that savings can be made. The starting point, though, is to see what you can do to reduce consumption rather than just installing insulation.

Understanding the real benefits is crucial in what it will offer for both the homeowner and electrician. However, for most electricians it may be the case that they would rather hold back until the scheme has gained momentum. However, this could prove the wrong approach to take, as though the Green Deal is new, no-one knows what to expect from the scheme, and it can provide a great opportunity.

Therefore, electricians need to plan and invest their time to learn about what opportunities the Green Deal can present, not only for the customer but for themselves too. There are several Green Deal seminars and training sessions already running around the UK to help you do this.

The Green Deal can open a wider skill set for the electrician, encouraging him to learn technologies such as microgeneration, light fittings, electrical heating and energy efficiency lighting controls – some areas he may not be familiar with. Homeowners will be reaping the ‘free’ energy efficient solutions – so electricians really need to be a part of it early on, to keep up in the competitive market and avoid missing out on a great economic opportunity.

Overall, the government’s aspirations for the Green Deal are admirably high. As we look to reduce our carbon footprint, it will be the smaller steps we make which will constitute the giant leaps paving the way for a greener future. By doing this, businesses and consumers can then use the financial savings and invest in resources back into further improvements. In this way, the energy efficiency programme can surely work smarter not harder. 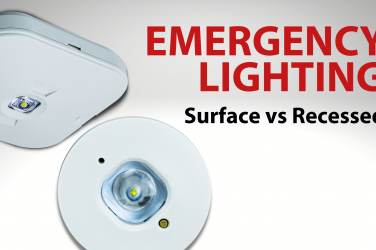 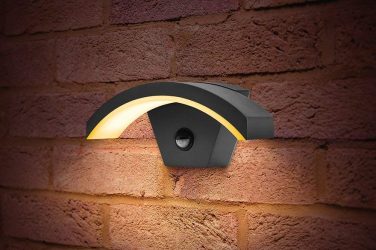 The time of year for exterior lighting is here!