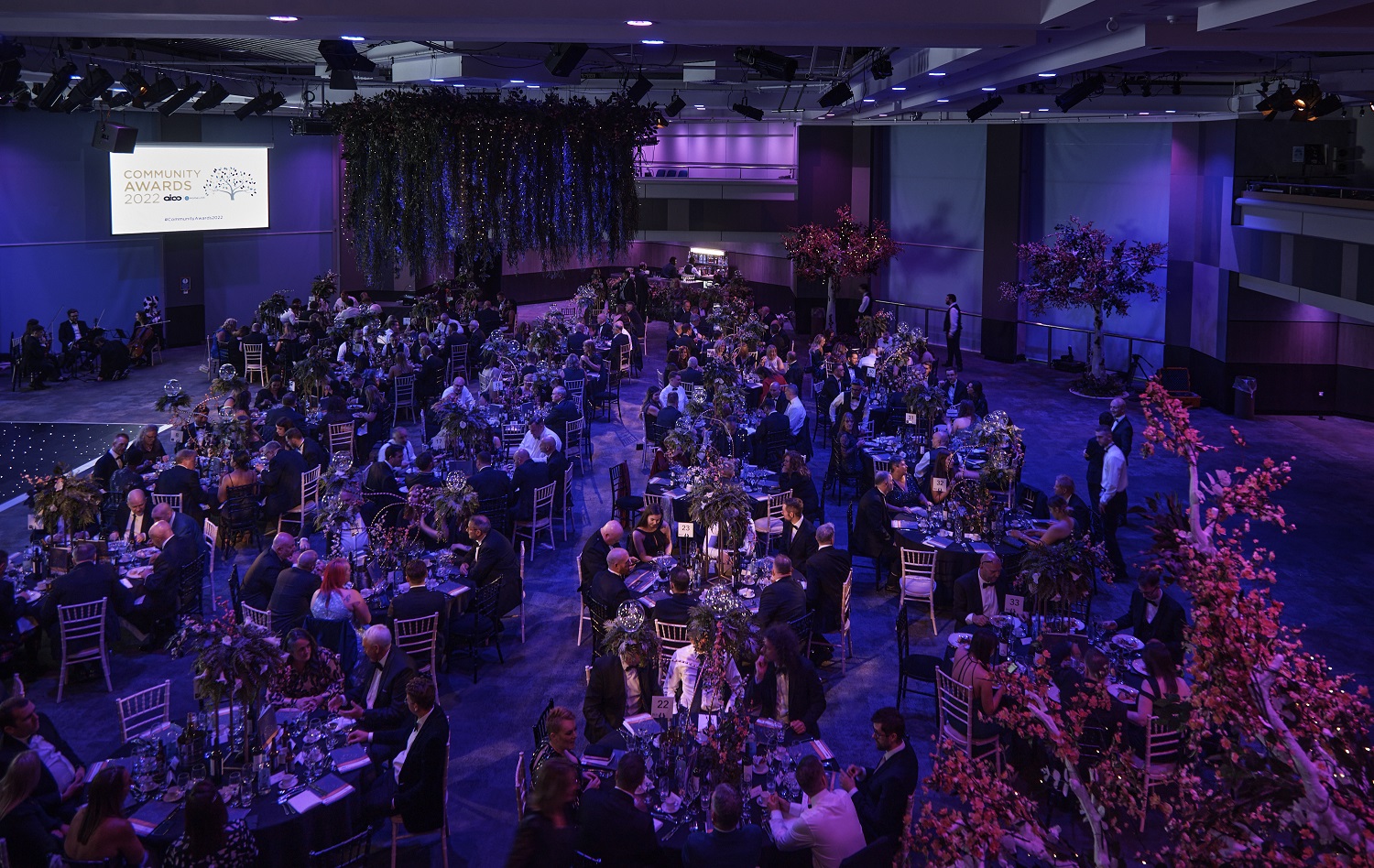 Aico has recently hosted the Community Awards at the International Convention Centre, Birmingham.

The ceremony was designed to recognise excellence within social housing and the local community, with 11 curated categories to provide entrants with an opportunity to showcase their inspirational projects and innovations. Aico also utilised the event to raise funds for the Electrical Industries Charity (EIC), which offer a range of vital support services to individuals, and their families, who serve within the electrical sector. 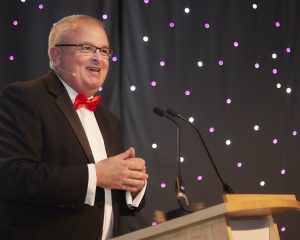 The event was hosted by Carl Jones, BBC Radio Presenter and Master of Ceremonies. Carl Jones says, “It was a fantastic evening of celebration. The hall delivered a real ‘wow’ factor to get things off to a terrific start. Standing at the lectern as Master of Ceremonies is always a privileged position at events like these – because it means I get to see the magical expressions on the faces of winners when their names are announced. You can see how much it meant to them to be recognised in front of colleagues and peers on an evening when so many people made new friends. It was a joy to share the stage with such inspirational people.”

Also in attendance were special guest speakers, George Clarke, architect and TV presenter, and Ed Clancy OBE, triple Olympic champion. Ed Clancy OBE spoke to the audience about the importance of teamwork in achieving success, drawing on his own experiences as a Team Pursuit cyclist for Great Britain. Ed comments, “It was a great evening and a privilege to be a part of the Community Awards 2022. It was fantastic to hear all about the positive work that Aico and their partners are doing for their communities. Everyone had a good time – I very much enjoyed George Clarke riding round on my bike in his tux!”

The finalists were chosen from over 200 entries and selected by five judges: Neal Hooper, Managing Director of Aico, Gavin Smart, CEO of the Chartered Institute of Housing, Dame Judith Hackitt, Chair of Enginuity, Fayann Simpson OBE, Group Board Member and Senior Independent Director of L&Q and Mandeep Bhogil, Director of Operations at Tower Hamlets Community Housing.

The first award of the evening was presented to a Shropshire-based educational facility, Derwen College, which won College Initiative of the Year. As a specialist college for young adults with special educational needs and disabilities, Derwen’s entry focused on their Vintage Charity Shop that provides valuable work experience for students.

Pete Evans, Commercial Manager of Derwen College, comments “We were delighted to be shortlisted for the College Initiative of the Year. To find out we were overall winners was wonderful; especially as the competition from across the UK was so strong. We were very proud to be recognised for creating and opening our Vintage Advantage charity shop. Launching during a pandemic was challenging, to say the least, but everyone’s efforts have made it all worthwhile – the shop is proving to be a huge success.”

The 10 remaining awards were received by a diverse range of organisations that operate or offer services within the housing sector.

Fire protection company, Millwood Servicing, were the deserving winner of the Corporate Social Responsibility Initiative, which included two unique employability schemes to give fair and equal opportunities specifically for the disabled and disadvantaged.

The winning initiative for Resident Engagement was Wheatley Group; through engaging with vulnerable residents via events and home visits, the organisation has significantly improved fire safety.

Kerry Storrar of Berneslai Homes was announced as Woman in Fire Safety for the improvements she has brought to the organisation while working as a firefighter in her spare time.

The Neighbourhood Transformation category was awarded to Grand Union Housing Group for the improvements they have made to a local estate through working in partnership with the local authority, police and the community.

Sita Luka of Northampton Partnership Homes won the accolade of Inspirational Colleague of the Year for her work with the most vulnerable residents to implement an innovative solution that improves fire safety.

Lesley Baird of TPAS Scotland was the winner of the Lifetime Achievement Award; through her determination and targeted strategy work, Lesley and her team have positioned the organisation as the number one for tenant engagement expertise in Scotland.

The Community Awards recognised Adam Pearce of North Star Housing Group as its Rising Star for his passion and enthusiasm for his role as Property and Repairs Manager.

Northern Ireland Housing Executive, the strategic Housing Authority for Northern Ireland, won Sustainability Project of the Year for their evidence-based pilot project, which has helped reduce carbon emissions and fabric heat loss within their housing stock.

The Best Distributor Community Initiative was awarded to Quantum Electrical Distribution, whose ‘green initiative’ programme is making a meaningful difference within their business and the communities they serve.

The final award of the evening celebrated the Electrical Contractor of the Year. ADS were the winning nomination, recognised for their proactive approach to service delivery from inception to completion, going the extra mile to ensure good customer service. 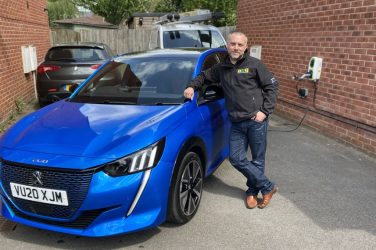 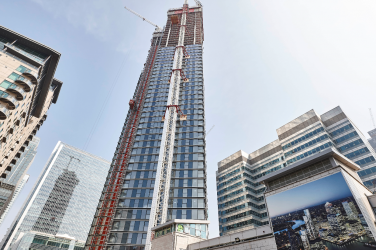 Amid the current UK multi-residential development boom, the majority of contractors and consultants claim ... 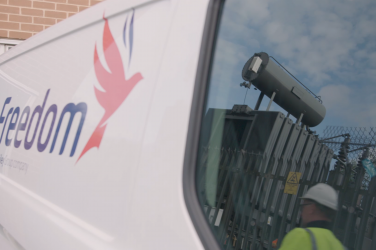