New research conducted by commercial van leasing specialists Vanarama reveals that 8.4 per cent of tradesmen have attended an emergency on Christmas day in the past five years. Plumbers are the most likely to be called to the rescue, with one in five (21 per cent) saying they’ve attended a job on Christmas day.Electricians and drainage engineers are close behind with 17 per cent and 15 per cent respectively saying they’ve attended a festive emergency. Pest control contractors are the least likely to be called out on the special day, but have the highest average Christmas call-out fees at £83.

Trades most likely to be called out on Christmas day:

Bryan Clark who is the technical and education manager for the Chartered Institute of Plumbing and Heating Engineering said: ‘The winter months are pretty hectic for plumbers and heating installers, with a high number working six days a week. Like anyone else, the Christmas break is something they look forward to, as it’s a chance to spend some quality time with their families. Some plumbing companies will offer an emergency plumbing service over Christmas, but prices will be at a premium so always check the call out charge when you ring.’

Where you spend Christmas will influence the cost you’ll face almost as much as the nature of your problem. Londoners face the highest emergency call out fees in general, with anyone unfortunate enough to have a pest problem in the capital on Christmas day facing a call out charge of up to £210 (the highest call out fee recorded in our research). Home owners in Oxford, Surrey and Southampton can also expect to pay some of the highest call-out fees in the UK.

People requiring a lock smith over Christmas will be subject to the biggest regional variations, with call out fees swinging by as much as £160 depending on where you live. Again, Londoners face the highest charge at £180 for the first hour and a minimum charge of one hour, while anyone locked outside in Glasgow could pay as little as £20, provided they call a local tradesman. Mobile mechanics had the most consistent call out fees nationally, with a difference of just £25 between the highest and lowest quoted prices.

A spokesperson for Vanarama, the van leasing specialists that commissioned the research, said: ‘Vanarama drivers are dedicated to their trade and take pride in what they do. Many typically do charge extra for emergency call outs on Christmas Day and other family holidays as this ensures that only the people that really need a tradesman pick up the phone, while those with minor problems wait until after Boxing Day when call out fees go back to their standard level. If call out fees were the same all year round, our tradesmen would be getting called out throughout the holiday, which isn’t fair on them or their families.’

Matthew Evans, who runs MJE Electrical in Swansea was called out late last Christmas Eve by a lady whose power had inexplicably gone off.

‘I got the call just as I was settling in for the evening, but the customer sounded quite distressed and it clearly wasn’t something that could wait as she no power, hot water or central heating on Christmas Eve. On arrival I quickly identified that the RCD, which protects all the circuits in the house, had tripped. Therefore there was no power at all.

After a bit of investigative work I identified the faulty circuits and disconnected temporarily. This then gave the costumer safe use of some sockets, lighting and heating until I could return in the New Year to do a comprehensive repair. I did charge a little bit more for this as it was an emergency call out, but because it was local, it was only a little extra.’

Dave Greggor was spending Christmas on the Isle of White with his family when his car got stranded in flood water. His family were unable to get out of the car due to rising flood water. After trying to summon help from inside the car, they eventually found Bob Smith, a mobile mechanic, to help them.

Bob runs RBS Autos on the Isle of White.

‘I had a phone call from a guy who was stranded with his family in flood water. They were on holiday and their car had become stuck in the water. The land on the island is clay-based, so we regularly get flooded and it’s normally holiday makers that this happens to, as they’re unaware of how deep the water gets.

I had to back my van up to his bonnet, then climb through into the back of my van, lean out of the rear doors and hook up the tow-rope to his car. I got him out and it’s fair to say he was relieved. Apparently he’d called around almost all of the mechanics and rescues but nobody could help him. I don’t like to leave people in the lurch, especially on Christmas day. My normal call-out charge is £35 but that goes up to £50 on Christmas day. This is to discourage people from calling me out when they can wait until after Boxing Day.

He was fine with the call-out fee and actually tipped me £50 on top for rescuing him. I had a call out in exactly the same place on the Boxing Day too and the guy in the car was equally as relieved as the Greggor family.’

Dave Greggor said: ‘Bob came to our rescue after we broke down driving through flood water on Christmas day. We didn’t think anyone would come to help but Bob was a star.’ 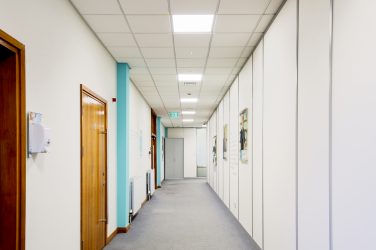 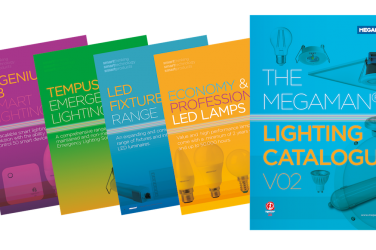 Megaman has launched a new lighting catalogue to showcase its range of low energy ...