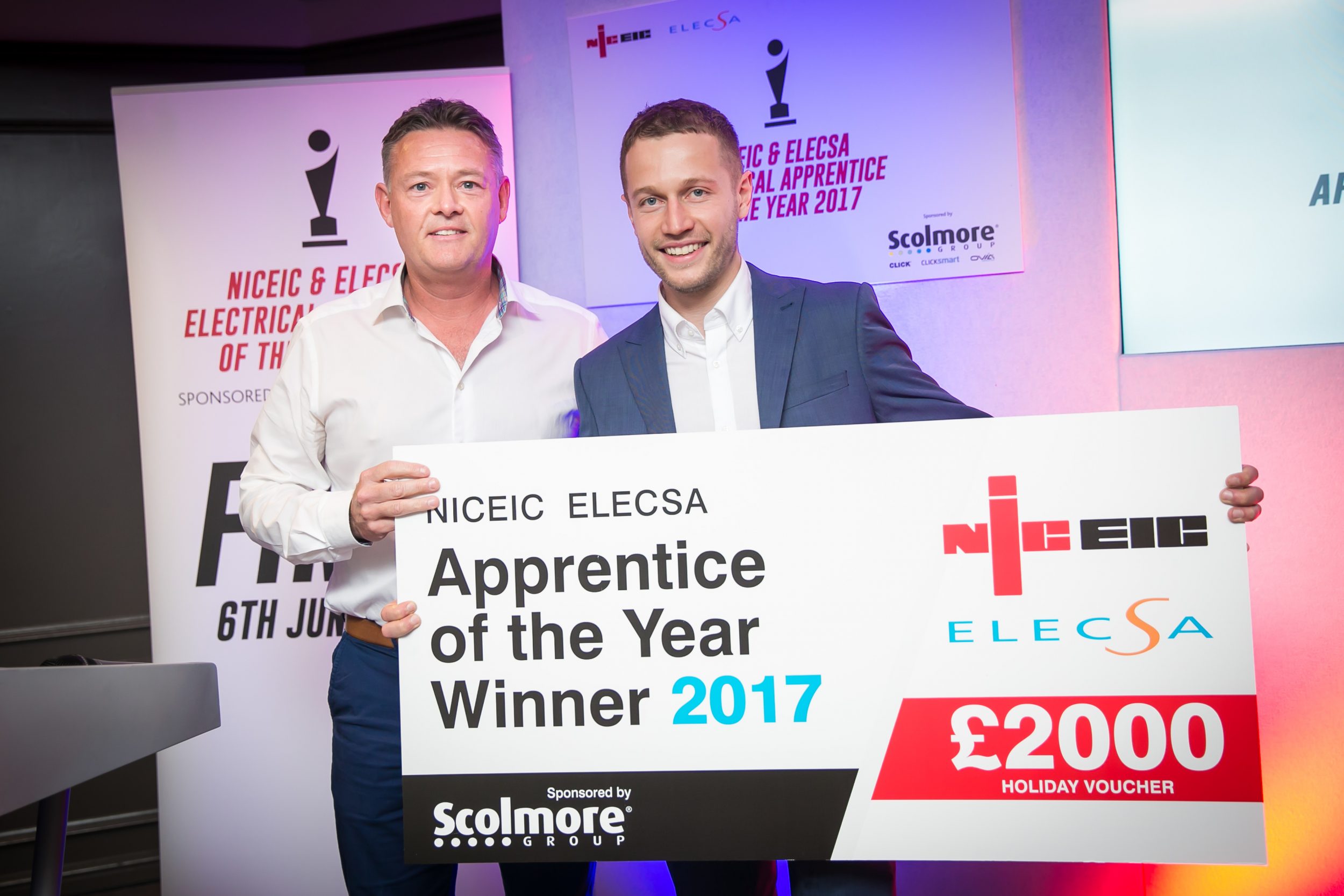 George Maynard from Leicester has been crowned winner of the 2017 NICEIC and ELECSA Apprentice of the Year competition, sponsored by Scolmore Group.

The 25 year old was one of eight competitors to reach the Grand Final, which Scolmore was very proud to host at its headquarters on Tuesday 6th June.

George comments: “I was shocked when they called my name out. I thought all the lads in the final produced some great work and they were all top guys. I think getting to the final was a great achievement to be honest. It’s a lovely way to round off all the hard work I have put in over the last three years.”

The finalists were put through a gruelling day of challenges comprising nine separate tasks designed to assess their abilities across a range of disciplines including testing, fault finding, conduit bending, tray manufacturing and safe isolation. This year’s final challenge also included a virtual reality test followed by an interview with Certsure’s technical standards director, Alan Wells. 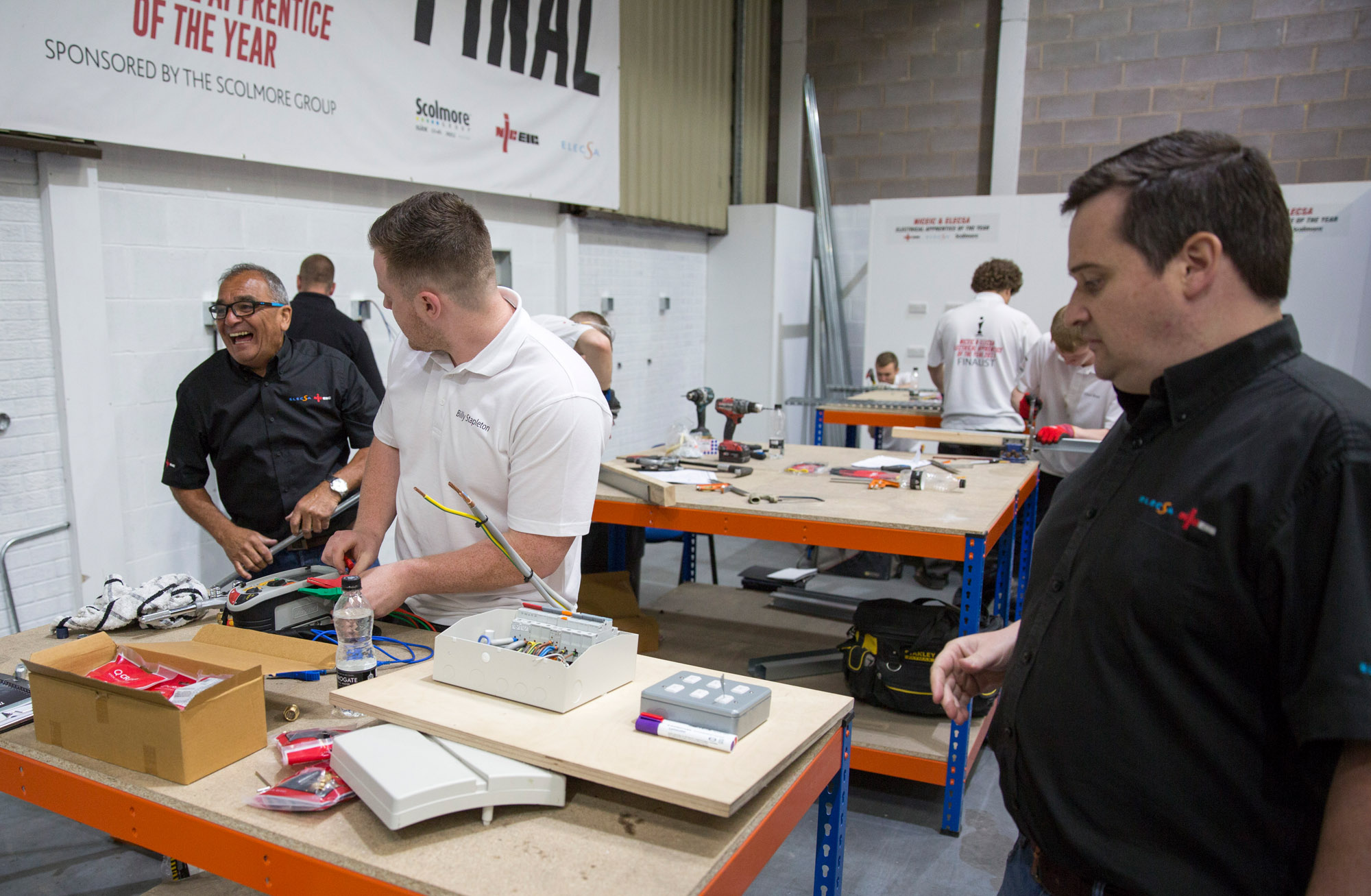 As well as hosting the grand finale of the competition at the company’s head office premises, Scolmore also organised the barbecue and awards ceremony at the nearby Belfry Hotel and provided a range of prizes for those apprentices who made it through to the final.

The winner, George, was presented with a holiday voucher worth £2,000, runner-up Michael Costello, 25 ,from Edinburgh received a holiday voucher worth £750, while third placed Billy Stapleton, 20, from Essex received a £250 holiday voucher. All eight finalists were given an engraved glass trophy, an iPad and a kit bag containing an array of Scolmore’s electrical accessories. Every college that entered 20 students or more for the competition received a Scolmore College Pack containing a variety of Scolmore products, while the college of the overall winner, Leicester College, will receive £1,000 worth of Scolmore products. 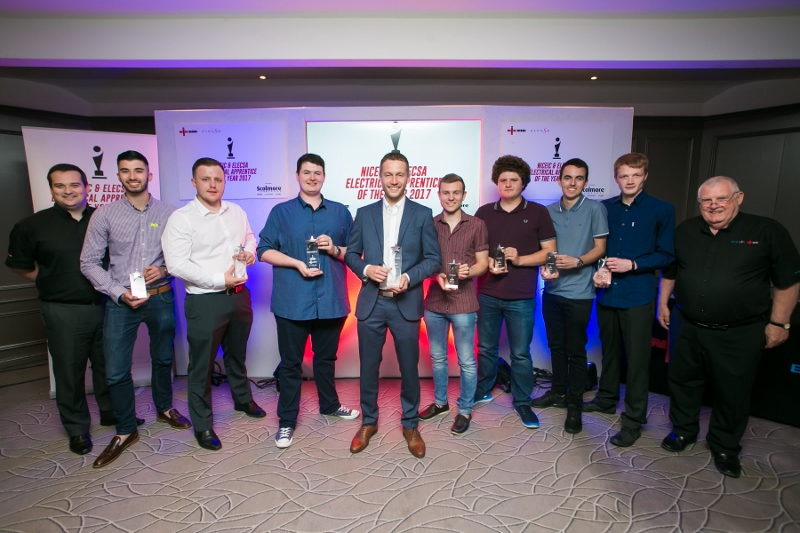 Alan Wells says: “The standard of candidates has been very high this year and George is a very fitting winner. His level of skill and overall enthusiasm shone through and we wish him and all of the other finalists the very best in their future careers.”

More than 400 young men and women entered this year’s competition which recognises the talents of the brightest electrical students in the UK. This year’s contest witnessed more entries from Scotland, Northern Ireland and Wales and demonstrates the growing appeal of the competition.

Marie Parry, Scolmore Group’s marketing director, adds: “Scolmore is committed to helping develop the talent of the future and we were once again hugely impressed with the calibre and standard of all eight finalists. As a business, we believe wholeheartedly in the importance of giving something back to the industry.

“It’s an exciting sector, with an abundance of opportunities for the future. Two of the directors here at Scolmore started out as apprentice electricians and have carved out successful careers on the back of the vital experience and training that the apprentice programme provided. We wish all the finalists every success as they continue on their journey.”

The journey to the Electrical Apprentice of the Year finals day involved a number of stages. The first stage of the contest was an online exam comprising a variety of questions relating to electrical installations. The top 20% performing students from this stage then progressed to stage two – a practical one and a half exam paper, which was held at six locations across the UK. The eight students with the highest marks then battled it out in the Grand Final. 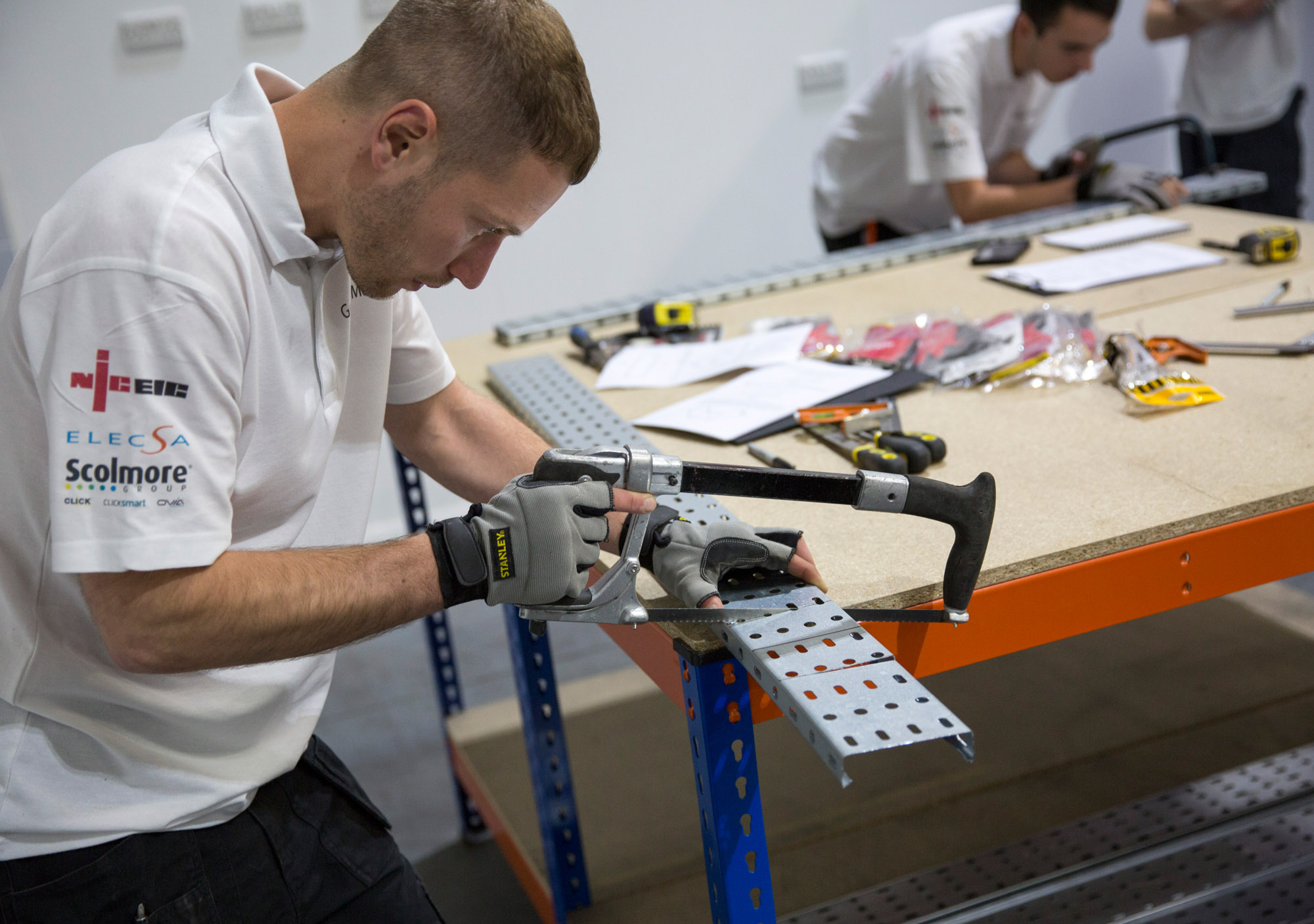 Darren Staniforth, technical development manager with NICEIC and ELECSA, was involved in the judging process. He comments: “We really wanted to test their ability to carry out a range of tasks that we feel all good, skilled apprentices should be able to do – along with some tests that they might not have been so comfortable with.

“It was tough choosing a winner but I am confident all of them will go on to have a successful career in the industry.”

George is currently studying at Leicester College. In the short term he plans on taking his pals away to Barcelona with the voucher from his victory. But longer term he has bigger plans.

He concludes: “I am keen to learn as much as I can and just see where it takes me. There are lots of opportunities out there and I want to experience as many aspects of the trade as possible.” 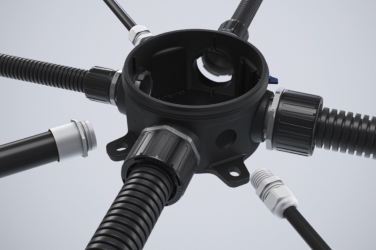 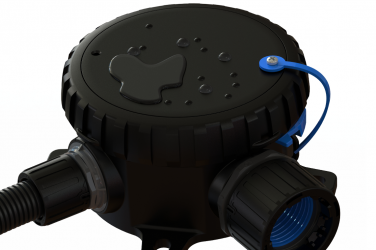 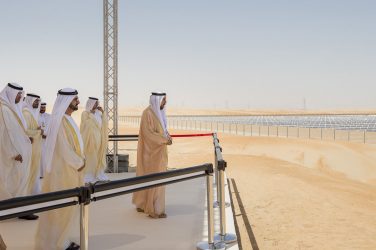 Could This Be The Largest Solar Power Project In The World?

SoftBank Group, a Japanese multinational conglomerate, has announced what could be the largest solar ...