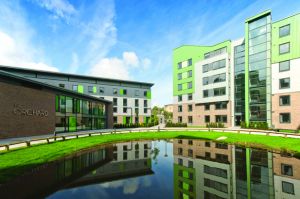 A £40m groundbreaking eco-friendly student village at the University of Bradford campus has opened and has been awarded the highest ever sustainability score by BREEAM at 95.05 per cent.

The development, known as ‘The Green’, has beaten more than one million buildings assessed through this leading environmental standard since it was launched in 1990. The Green is one of only 15 buildings in the world to achieve BREEAM’s highest classification of ‘Outstanding’, and the rating announced sees the development top this premier list. The rating has been awarded as an ‘interim’ assessment and will be checked by BREEAM again within three months to ensure the high standards have been maintained.

The unique development was designed by GWP Architecture and was funded by Listerhills SSV, a joint venture by Welbeck Land and the Hayaat Group, with additional funding by the university. On behalf of the joint venture, the project has been managed by Mi7 Developments since its inception in 2005. It was constructed by GB Building Solutions in a joint venture with Balfour Beatty Engineering Services. Strategic consultancy from the BREEAM assessors was provided by GWP Project Services.

Consisting of 1,026 bedrooms across four storey townhouses and six and seven storey apartments, the BREEAM rating has been made possible through meticulous planning of the design and construction methods.

GWP Architecture brought its experience in the field of sustainable student accommodation to the development and extensive work was required to ensure the buildings could deliver an exceptional performance for sustainability. The design used a ‘fabric first’ approach to deliver a highly efficient building envelope which minimises the need for space heating. The largest heating load is for hot water, which is provided by a renewable energy source in solar thermal collectors, which are supplemented by a combined heat and power plant.

Trustmark drums home the importance of home safety As part of an ongoing drive ...

Can an electrician become Worker of the Year 2014?

Can an electrician become Worker of the Year 2014? Dickies is proud to announce ... 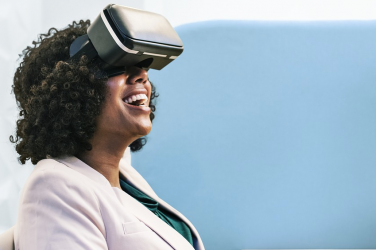 ECA is set to have a major presence at this year’s UK Construction Week, ...