Budget high on hope but low on action, says ECA

The CEO of the Electrical Contractors’ Association (ECA) has said that the 2013 Budget lays down strong foundations for the future of the construction, but that the Chancellor has failed to recognise the immediate dangers facing the industry.

Steve Bratt, ECA Group CEO, said, ‘George Osborne’s Budget is high on hope but low on immediate action. The measures announced by the Chancellor will no doubt lead to a revival of the housebuilding and infrastructure markets in the long term. The housing guarantees and deposit support schemes need to be instituted and extended quickly for maximum impact. However, on infrastructure there is not enough to give the construction sector the urgent boost it badly needs.’

Bratt continued, ‘While I applaud the Chancellor’s promise to invest in infrastructure, most of this is deferred until 2015. The industry badly needs a shot in the arm now. Kickstarting shovel ready projects right now would do much to boost the construction sector and the wider economy.’

Bratt concluded, ‘Construction is one of the best investments the government can make to help turn around Britain’s economic fortunes, as every £1 spent on construction yields a return of £2.841. While the investment is right, some of the timing is wrong. If there isn’t an increase in spending across the board soon, many firms within the construction sector may not be around to witness the brighter tomorrow that will be created by the Budget’s policy announcements.’ 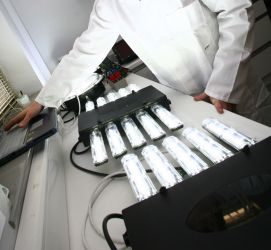 Peace of mind specification for lighting products By insisting on products that bear the ... 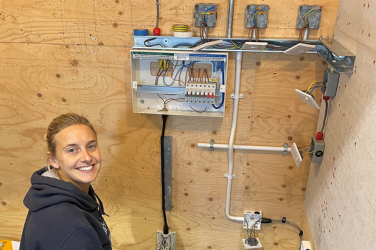 Beau Associates is a independent training provider specialising in the delivery of electrical qualifications ...