Dickies, the globally recognised workwear brand, provides electricians with a variety of garments, none more popular than the Dickies trouser range.

UK Worker of the Year 2015 is sponsored by Dickies, in association with Kawasaki. This year’s winner will have the luxury of being able to choose between a Kawasaki Ninja 300 and holiday vouchers up to the value of £5,000.

Similar to last year, this year’s winner will also have the chance to win £100,000 cash at Brands Hatch at the final British Superbike meeting in October, should he/she predict the top six riders’ placing of the final BSB race.

Chris Teale, a plumbing and heating engineer from Barnet, won UK Worker of the Year 2014 after wowing the judges with his drive and passion for plumbing.

Chris said, ‘Winning the competition has been great for me personally and my business. I would urge anyone who hears about the competition to have a go at entering or to nominate someone as an entrant. It costs nothing except a few minutes of time and those few minutes could prove to be incredibly worthwhile.’

Maurice Morton, sales and marketing director at Dickies, added, ‘Given the ongoing uncertainty that the country faces economically, a feelgood initiative of this type is more important than ever, to remind our nation’s workforce that they have much to be proud of and look forward to.’

To find out more about the competition or to enter UK Worker of the Year 2015 visit: www.ukworkeroftheyear.com

Rexel drives the renewable revolution with solar partnership As a business committed to providing ... 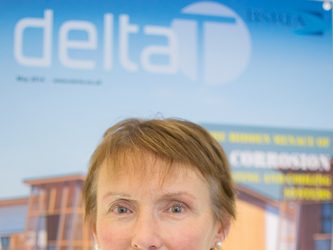