A neighbour’s quick thinking after her carbon monoxide alarm sounded, saved a family’s lives after a potentially deadly carbon monoxide (CO) leak broke out in the middle of the night.

As reported in the Romford Recorder, the family of three – a man, a woman in her 20s and a baby believed to be about 15 months old – were taken to hospital from their flat in Elm Park near Romford after upstairs neighbour Pauline Smith raised the alarm when her FireAngel CO alarm alerted her to the gas’ presence.

Firefighters said she had saved the day. ‘The carbon monoxide detector undoubtedly saved this family’s lives,’ said Hornchurch Fire Station watch manager Darren Draper. ‘If the neighbour had not raised the alarm this incident could have been a lot worse.’

It is believed the leak may have been caused by a faulty cooker.

Carbon monoxide levels in the flat were dangerously high. Pauline told the Recorder, ‘My window was open but the alarm was still going off, so I thought I’d better call the National Grid.’

An engineer came and checked Pauline’s house, but found no fault with her cooker or boiler.

‘I told him it must have been coming from downstairs,’ said Pauline. ‘He banged on the door but couldn’t get an answer. I told him to keep trying because there was a baby in there. Next thing I knew, the fire brigade, police and ambulance were outside.’

Firefighters from Hornchurch and Dagenham evacuated seven people from the block and used specialist gas detectors to check the carbon monoxide levels before allowing them back in.

Pauline had a nasty shock when the fireman found most of the gas was in her bedroom. Tests also showed a level of 10 per cent of carbon monoxide in Pauline’s blood.

Mr Draper added, ‘It is very important that everyone has a carbon monoxide alarm and at least one smoke alarm in their home.’

This latest incident highlights yet again the potential dangers of what has become known as ‘the silent killer’. Each year the Department of Health estimates there are around 40 deaths from accidental CO poisoning in England and Wales and in excess of 200 non-fatal cases that require hospitalisation. At least 4,000 people attend A&E each year diagnosed with CO poisoning.

Nick Rutter, managing director of Sprue Safety Products, said, ‘The dangers of CO poisoning are still largely unrecognised by members of the public. Everyone needs to be aware of the risks.

‘Carbon monoxide is a highly poisonous gas that has no colour, taste or smell, so it is totally invisible to the human senses. Because the gas is so difficult to detect and the symptoms (such as headaches) so common to other complaints, many people can be poisoned without knowing it.

‘Everyone is at risk, but CO is most hazardous for vulnerable groups including the elderly, unborn babies, pregnant mums and children who spend a lot of time at home.

‘Badly fitted appliances, which use gas or other household fuels such as coal and wood, along with faulty boilers, flues or poorly ventilated ovens are often to blame. Worryingly, CO can also enter a property from adjoining households, as seen in this case.’

Carbon monoxide is potentially fatal, but exposure to low levels of the gas over just a few hours can be just as lethal as high levels over a short amount of time, causing lasting damage to your health.

Picture shows: Pauline Smith with the FireAngel carbon monoxide alarm that alerted her to the deadly gas leaking from her neighbours’ flat below. (Photo courtesy of The Romford Recorder) 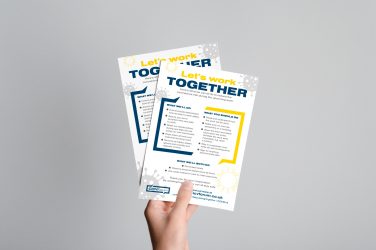 The Construction Industry Coronavirus (CICV) Forum is celebrating a double milestone this week – ... 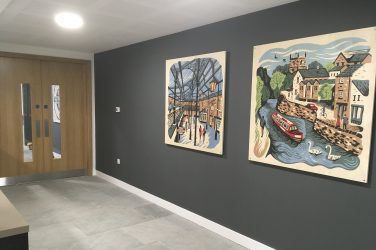 Quelfire has teamed up with RA Fire Protection to create a safe, compliant residential ... 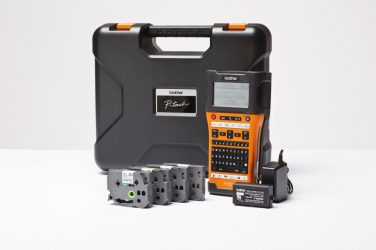 Win a Brother labelling kit ECN has teamed up with Brother to offer one ...