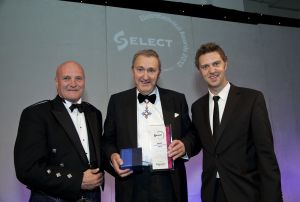 Dr Phil Cornish, CBE, a man who has made an outstanding contribution to standards in the construction industry, has been honoured with a Lifetime Achievement award at a prestigious ceremony hosted by SELECT, the authoritative trade body for the electrotechnical industry in Scotland.

Now retired from full time employment, Dr Cornish has held a lifelong career interest in issues concerned with protecting the public interest and promoting the public good through the application of regulations or standards relating to building performance and construction.

Prior to retirement, he was head of the Building Standards Division in the Scottish Government for seven years and previously was director of the Building Research Establishment (BRE) in Scotland.

Newell McGuiness, SELECT managing director, said, ‘The winner of this year’s Lifetime Achievement award is a man who has made an outstanding contribution to the improvement of building standards in Scotland.

‘Dr Cornish has been an unfailing champion of certification and has devoted large parts of his life to the public good. It gives us great pleasure to afford him this long overdue recognition.’

The award, which was sponsored by Schneider Electric, was presented at a glittering gathering at the Radisson Blu in the centre of Glasgow on 5th October hosted by BBC personality Brian Taylor.

The event was attended by a wide range of companies, from major electrical enterprises to local firms, illustrating the diversity and strength of Scotland’s electrical sector.

Dr Cornish graduated from the University of Liverpool with a first class honours degree, followed by a PhD in applied mathematics.

His high reputation in the academic community is illustrated by his time as Visiting Professor to the Department of Architecture and Building Science at the University of Strathclyde and his role as external examiner for a number of universities.

His early career was with the Building Research Establishment where he authored a number of important technical publications and became head of BRE’s Scottish laboratory in 1988.

Moving to the Scottish Office as head of Building Control, he led the modernisation of the Building Standards system in Scotland and the passage of the Building (Scotland) Act 2003 marked a significant milestone in this process of radical reform.

His knowledge and standing within the building and construction community was recognised when he became an honorary fellow of the Institute of Building Control and the Royal Institution of Chartered Surveyors. In recent years, he has been Chair of the Construction Licensing Executive. 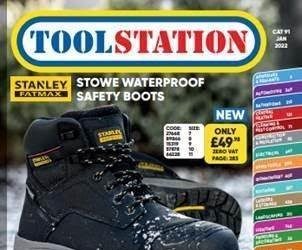 One week ahead of Blue Monday, Toolstation will launch the latest edition of its ... 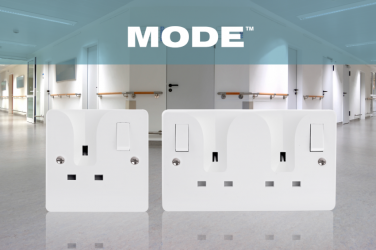 Marie Parry, Group Marketing Director of Scolmore Group, speaks up on the value of ...