David Taylor, who trades under the name of DT Property Maintenance and Electrical Contractors, was found guilty of leaving jobs unfinished and homes unfit for human habitation.

The action was taken by Hackney Council’s Trading Standards who took Taylor to Snaresbrook Crown Court after he left jobs with dangerous electrical rewiring that required urgent work to put right. As well as this, a roof that was leaking had to be replaced, and in all cases his efforts required other contractors to remedy the poor workmanship, costing the residents in excess of £10,000 on top of what they had paid Mr Taylor.

In November 2013 Mr Taylor was also found guilty at trial at Isleworth Crown Court, for committing a fraud against his employer. This case was brought to court by the Metropolitan Police.

Taylor pleaded guilty to 12 counts under the Consumer Protection from Unfair Trading Regulations 2008, including the unauthorised use of the NICEIC, Trustmark and Part P logo.

He was sentenced to eight months for the trading standards offences, and a further 12 for the action taken by Metropolitan Police – both suspended for two years at Isleworth Crown Court.

Hackney Councillor Feryal Demirci, said, ‘Hackney Council’s Trading Standards Officers have worked tirelessly to ensure that Mr Taylor was held to account for duping unwitting residents into allowing him to undertake complex improvements to their homes with disastrous and expensive results.

‘Our advice is always check out any potential trades person. If a trader claims to belong to a trade association or professional trade body, such as the NICEIC, the advice is to check with these organisations.’

NICEIC’s CEO Emma Clancy said, ‘We take misuse of our logo very seriously and we welcome this latest prosecution.

‘The NICEIC name is associated with quality and we must protect those contractors who are legitimately registered with us and have the quality of their work assessed on a regular basis. We must also send out the message that anyone thinking about misusing our logo will be caught and dealt with appropriately by the courts.’

NICEIC stepped up its fight against firms incorrectly using its logo by setting up a wall of shame. Contractors caught falsely claiming to be members will be named and shamed on the NICEIC website and their details passed to Trading Standards.

Anyone who is suspicious of a contractor falsely claiming to be NICEIC registered should check the NICEIC website at www.niceic.com which contains a full list of all those approved contractors registered with NICEIC. 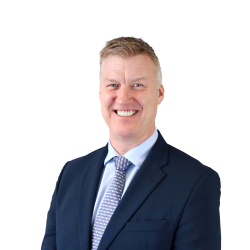 Mike Andrews Chief Executive of NAPIT Group, reflects on the challenges and highlights of ... 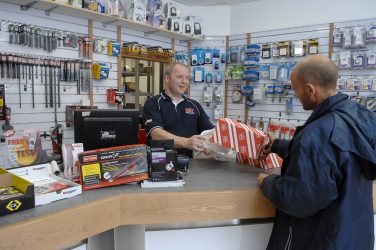