December is a month filled with pre-emptive warnings and safety announcements and in the build up to this year’s Christmas season, a serious and specific threat to domestic safety has been identified.

There has been an ever escalating influx of counterfeit electrical goods which are imported, creating cause for concern throughout the UK.

Figures in 2010 showed that over £30m worth of counterfeit electrical goods enter the UK on an annual basis, with just 10 per cent of those being manufactured outside of China. These counterfeit goods can include Christmas gifts such as electronic toys and gadgets, mobile phones and chargers, batteries and other similar consumables; even counterfeit Residual Currency Devices (RCDs) have been seized, serving as a warning to severity of the threat to domestic safety.

The general public aren’t the only ones put at risk, with both retailers and contractors also having to apply due diligence to any purchases they make. Everyone should buy from established, reputable and reliable sources and always check for a legitimate Kitemark insignia.

‘Safety testing saves the lives of millions of end users every day and without it, electrical products such as cameras, iPods and other similar devices, as well as the chargers and batteries which power them, amount to nothing more than ticking timebombs found throughout the domestic sector.’

Of course this in no way implies that the usual warnings are any less significant and should always be adhered so to ensure the highest levels of safety for you and your family:

4.    Always test or even replace old Christmas lights with newer, safer ones

5.    Avoid trailing wiring where it can be tripped over or overheat 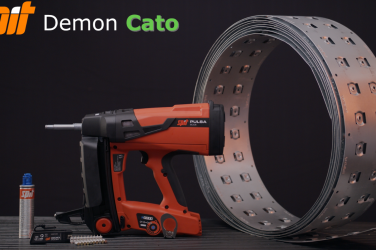 SPIT and Demon Cato on a roll

SPIT is committed to solving the pain points of its customers and to enable ...

Educating the masses: Homeowners are still unaware of electrical construction