This year, the competition will be promoted around the country, beginning at the British Superbike Championship meeting at Brands Hatch on 18th April.

Like last year’s competition, UK Worker of the Year for 2014 will be sponsored by Dickies, in association with Suzuki. The winner this time round will have the choice to take home a Suzuki S-Cross car, a Suzuki V-Strom 1000 motorcycle or a Suzuki ATV Quad. However, in addition to these fabulous prizes, the lucky winner will also have the chance to win a cash prize of £100,000 this time round.

The winner of the competition will be announced at the final round of the British Superbike meeting at Brands Hatch on 18th October. The winner will then also be given the opportunity to predict the outcome of a race on the final day and potentially win £100,000 pounds. Runners up in the competition will again receive thousands of pounds in holiday vouchers.

In 2013, Judi James, a farmer from Littlebreddy in Dorchester, was crowned the fourth UK Worker of the Year at the awards evening at the Madejski Stadium in Reading, wowing the audience at last year’s gala event with her passion and drive for farming.

Judi said, ‘This competition has changed my life and the car will help me so much with my work. I would urge anyone who hears about the competition to have a go at entering or to nominate someone as an entrant. It costs nothing except a few minutes of time and those few minutes could prove to be incredibly worthwhile.’

These exciting changes are announced at the same time that Dickies have agreed a new motorsport partnership for 2014, with Tyco Suzuki, one of the UK’s top BSB teams. Dickies branding will appear on the Tyco Suzuki team race bikes, transporters, pit garages, team clothing and riders leathers for the MCE BSB Championship as well as being the safety clothing provider for the marshals, timekeepers and medical teams of the BSB championship.

Maurice Morton, sales & marketing director at Dickies, stated, ‘We are delighted to have partnered with Tyco Suzuki. With Suzuki’s involvement with UK Worker of the Year it worked ideally for everyone concerned. Given the ongoing uncertainty that the country faces economically, a feel-good initiative of this type is more important than ever to remind our nation’s workforce that they have much to be proud of and look forward to. Our exciting changes to this year’s competition keep the UK WOTY competition’s ongoing wow factor firmly in place.’

Quentin Willson, TV presenter and consumer and motoring champion, said, ‘Worker of the Year is now a major UK workplace award and I’m really proud to have been a supporter and judge from the very beginning. It’s great that past winners tell us the competition changes lives.’ 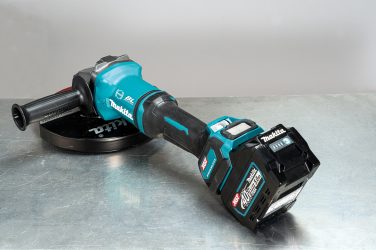 Makita has expanded its 40Vmax XGT range with the addition of three new tools. ...