The Flexible Plug and Play project enables a faster and cheaper method for connecting energy generators, like wind farms and solar farms, to the electricity network.
This innovative way of connecting customers on to the distribution network is based on the principle that customers agree their export energy into the network can be controlled and reduced at certain times.

The connection offers are attractive as, in some cases, customers can save up to 90 per cent on the standard connection costs. The first to accept the new connection offer is Ramsey II, a 7.2MW wind farm developed by Abbey Group Cambridge. With the Flexible Plug and Play technology and associated commercial package, generation projects can connect to the network at a much closer location than before, avoiding expensive network reinforcement, and keeping the cost down for the customer.

Nick Sutton, of Abbey Group Cambridge, said, ‘Connection costs are of paramount importance to us. Flexible Plug and Play’s offer helped us deliver a viable scheme.’
The second acceptance is by Boardinghouse for a 10MW wind farm, also in Cambridgeshire, which will be developed and operated by EcoGen. This project has also secured a significant cost saving on their connection costs by accepting the Flexible Plug and Play connection package and avoiding expensive reinforcement.

Steve Read, of EcoGen, said, ‘Thanks to Flexible Plug and Play, we are able to develop our project and under the ‘firm’ quote that we had originally been given, the project simply would not be economically viable.’

Martin Wilcox, head of future networks at UK Power Networks, said, ‘The fact that Flexible Plug and Play has received its first two acceptances demonstrates the value and importance of the stakeholder engagement process in developing a commercial arrangement that is attractive to both the developer and the financial backer.’

Both projects will be connected to the Active Network Management system, which will act as the ‘brain’ of the technical architecture, allowing more energy generation to be connected to the existing network by controlling the energy exported into the network.

The Ramsey II wind farm will use an additional smart technology called dynamic line rating. This is a desirable monitoring technology as more wind implies cooler overhead lines, which results in increased capacity on the lines and potentially more generation.

Finally, both projects will make use of the innovative ‘interruptible’ contracts and commercial arrangements developed by the project. Flexible Plug and Play is a £9.7m project, of which £6.7m came from Ofgem’s Low Carbon Networks Fund. The remaining £3m came from UK Power Networks and project partners.

UK Power Networks will continue to disseminate new knowledge with other similar companies and interested parties.

For more information on how these commercial proposals were constructed and the alternatives considered, visit the Flexible Plug and Play learning zone and find the Principles of Access – December 2012 report: www.flexibleplugandplay.co.uk

An updated plan for future electricity services, shaped by those who use it and including future innovation projects, has recently been published by UK Power Networks.
Ofgem will consider this, and use it to decide funding for 2015-2023. 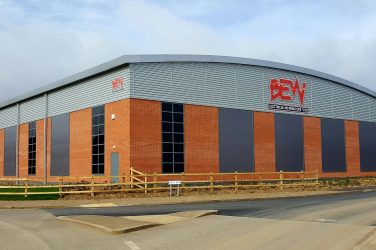 BEW is celebrating the launch of its brand new BEW Leicester branch with a ... 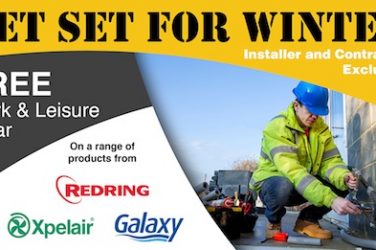 RXG warms up installers this winter with free workwear promotion

Get on board with the Newlec mobile calibration roadshow