They came from all over the world – from giant international companies with thousands of employees to small, family businesses who are operating successfully at the heart of their local communities.

The glamour and excitement of the evening was enhanced by the success of multiple award winners such as Crown House Technologies, based in Motherwell and – showing that the public sector has a vital role to play – Fife Council.

Crown House Technologies, for the second time in three years, walked off with not only the coveted Electrical Contractor of the Year award, but also the Best Use of Training and the Best Electrical Safety Project awards.

Newell McGuiness, SELECT MD and director of the SJIB, said at the glittering gathering at the Radisson Blu in the centre of Glasgow, ‘Each year, it is a distinct pleasure to recognise the dedication, commitment and investment in the future which companies bring to this competition.

‘As they do in their day-to-day business dealings, they have gone the extra mile tonight to demonstrate that the electrical sector in Scotland is in good hands and is continuing to burnish its reputation for quality, skill and excellence.

‘Special praise must go to Crown House, which once again is a multiple winner and to Fife Council, which is flying the flag for the many skilled and committed people who operate in Scotland’s public sector.’

A Lifetime Achievement award was made to David Millar, of Kinross, who has dedicated his professional life to furthering the interests of the electrical industry in Scotland.

David Millar began his working life as an apprentice electrician, then became a fully time-served electrician and finally a technician electrician. He served with a wide variety of successful companies and, latterly, in senior positions with a number of local authorities.

David joined the Electrical Contractors’ Association of Scotland in February 1989 as a technical officer and has led and participated in many of the initiatives that today give SELECT its unique position in the industry.

Newell McGuinness said, ‘David spent the latter years of his working life with us at SELECT and we have been privileged to benefit from his deep rooted experience and wisdom. He has had a significant impact through his work on standards on the all important Scottish Building Standards and he will be remembered and appreciated for the contributions he made in this field. His impact on training is still being felt today.’ 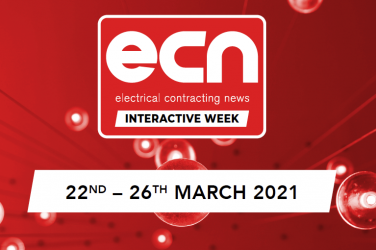 The countdown is on to ECN Interactive Week

ECN Interactive Week is the new online industry initiative brought to you by ECN, ...

Amendment No 3: ECA releases video guidance on this year’s hot topic Head of ...

Learn about loop impedance & earth stake testing the easy way with Megger In ...