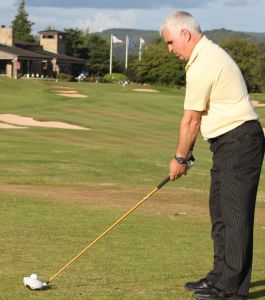 This fantastic sum was revealed at the culmination of a great day’s golfing at the prestigious Celtic Manor Resort in Newport, Wales, which was followed by a three course gala dinner and prize giving ceremony.

Now in its third year, this Golf Tournament attracts competitors from the company’s installation and distribution channels, who all enjoy the rare opportunity to compete, network, and share thoughts and ideas. This year’s final at Celtic Manor took place following a series of seven regional competitions that were played out over the previous three months, with the winner and runner up from each heat gathering together at the home of Europe’s victorious 2010 Ryder Cup competition to do battle.

At each event, players were greeted by the team from Eaton’s Cooper Security and a representative from Help for Heroes, the well known UK military charity that works to deliver an enduring national network of support for wounded service personnel and their families, who collected donations.

Orlaith Palmer, marketing manager at Eaton’s Cooper Security, commented, ‘Help for Heroes has been our charity of choice for the last three years and the total we have raised now stands at over £5,500. We welcome the opportunity to show our support for those who have made sacrifices and are often living with life changing injuries, and it’s great to be part of an industry that is willing to demonstrate this level of generosity in these tough economic times.’

The 14 finalists all took the competition very seriously and a high standard of golfing skill and sportsmanship was displayed over the 18 hole course. There could only be one winner though and that was Dave Johnson of Grantfen Fire & Security Integration in Preston, who previously won one of the northern regional competitions. On receiving his award, he said, ‘It’s great to be the winner of this event, especially after such a tough contest. I’d like to thank our hosts for organising such an excellent occasion which allows those of us in the security industry to focus our competitive streaks in a different direction, while raising money for a worthwhile cause.’

As well as the overall prize, there were a number of additional contests. Winner of the Nearest the Pin competition and winner of the Longest Drive was Dean Hooper of H&H Alarms in Weston Super Mare.

Orlaith Palmer concluded, ‘I’d like to thank all of those who organised, took part and sponsored this fantastic event. We are already planning a range of activities during 2014 to raise more money for Help for Heroes and we’ll be announcing details just as soon as they are ready.’ 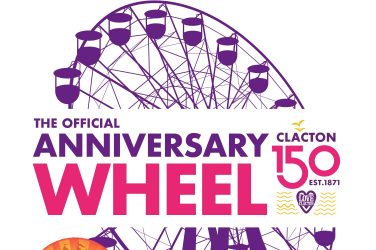 Solar Power UK teaches installers a lesson Opening its doors from the 26-28 October, ...