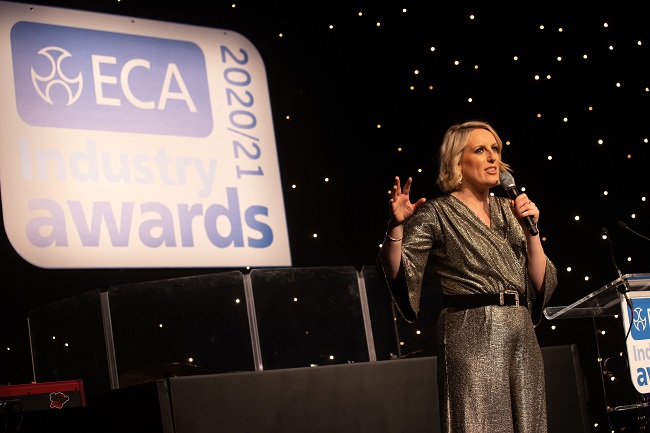 Sixteen electrotechnical and engineering services organisations and individuals were recognised at the 2020/21 ECA Industry Awards, held on Friday 22 October at the London Hilton Bankside Hotel.

After an almost two-year hiatus, the 2020/21 Awards highlighted some of the key achievements by leading talent in the sector, providing a great opportunity for contractors and others across the electrotechnical and engineering services industry to showcase their exceptional work.

Guests on the night were treated to a range of entertainment, including live music, table magic and more. Thousands of pounds were raised for the Electrical Industries Charity during a prize draw. TV and radio personalities Steph McGovern and Alan Dedicoat (the voice of the National Lottery) hosted the proceedings and presented awards to the winning ECA organisations and individuals.

In all, 16 performing businesses and individuals from across the industry scooped honours at the awards, which were supported by headline sponsors Electrium and LEDVANCE.

These included awards for Contractor of the Year, Best Fire and Security Project, and the Excellence in Training and Development Award.

Long-time industry advocate and major player in the fight for fairer payment practices in the construction industry, Rudi Klein deservedly won the Major Contribution to the Industry Award.
An independent panel of judges including Andrew Stevens, CEO of CNet Training, Martyn Allen, Technical Director of Electrical Safety First, Julia Evans, Chief Executive of BSRIA, and Jon Graham, Chief Executive of JTL Training, determined the winners from a pool of impressive entries. The awards were adjudicated by ECA Director of Member Services Helen Atkinson.

“Many congratulations to this year’s deserving winners, and also to the highly commended nominees who all submitted impressive entries,” she says.

“We would like to encourage ECA Members who are working on impressive and innovative projects this year and next, or who are delivering new health and safety or training and development initiatives, to enter the next awards, which will be held in June 2023.” 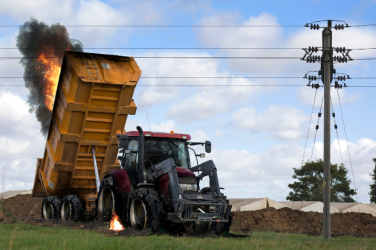 Farmers and lorry drivers on track for new safety pledge

The country’s biggest electricity distributor has launched a new initiative designed to save lives, ... 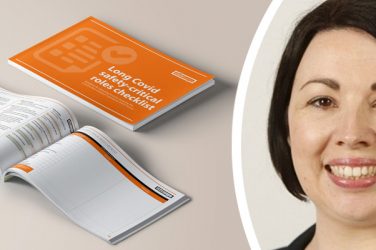 The CICV Forum is recognised in parliamentary motion backed by MSPs

Members of the Scottish Parliament from all the main parties have paid a remarkable ...