The meeting highlighted the impact of late payment on electrical contractors and the recent Cabinet Office consultation that would require those working in the public sector to pass payment within 30 days along the supply chain.

The ECA says that only main contractors working on public sector projects that pay subcontractors within 30 days should be permitted to sign up to the Construction Fair Payment Charter, the anticipated successor to the Prompt Payment Code (PPC). In addition, those working in the private sector who wish to sign up should commit to paying their subcontractors in 60 days or less.

Paul Reeve, ECA director of business services, said, ‘We want to see payment practice closely aligned with the aims of recent legislation. We very much welcome the support Mrs Abrahams has given to SMEs with her ‘Be Fair – Pay on Time’ campaign, and we urge the government to take direct action to address this continually damaging problem in our sector.’

Debbie Abrahams, Labour MP for Oldham East and Saddleworth, who recently held a cross-party inquiry into late payment, said, ‘Ultimately a late payment culture is set at board level and won’t change until we establish that late payment, or finding excuses to pay late, is as unacceptable as tax evasion.’

She continued, ‘Following the success of the ‘Be Fair – Pay on Time’ campaign, and the publicity surrounding the recommendations of the late payments inquiry, the government has started a consultation process. Unfortunately, many people will wonder why it’s taken so long for them to wake up to the fact that this issue is destroying many smaller suppliers across the UK and stifling growth.’

Late payment is one of the biggest problems faced by ECA member companies. Despite recent government efforts, an ECA survey carried out in April-May 2013 revealed that 52.3 per cent of ECA members who worked on public sector projects said they were paid within 30 days only 20 per cent of the time.

Reeve continued, ‘Late payment has severe consequences for firms in our industry. Many businesses have been forced to cut back on investment in equipment or recruitment – including trainees and apprentices – as a result of not being paid on time. In more serious cases, companies have had to cease trading due to cashflow difficulties. We need to create an environment where all organisations are obliged to pay promptly. Doing so would significantly help the industry, and would ensure that firms of all sizes benefit as economic recovery returns.’

The ECA welcomes the government’s latest consultation paper ‘Late Payment of Finance – Building a Responsible Payment Culture,’ to which it will be responding. 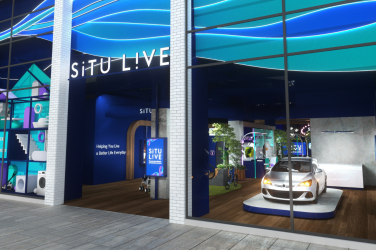