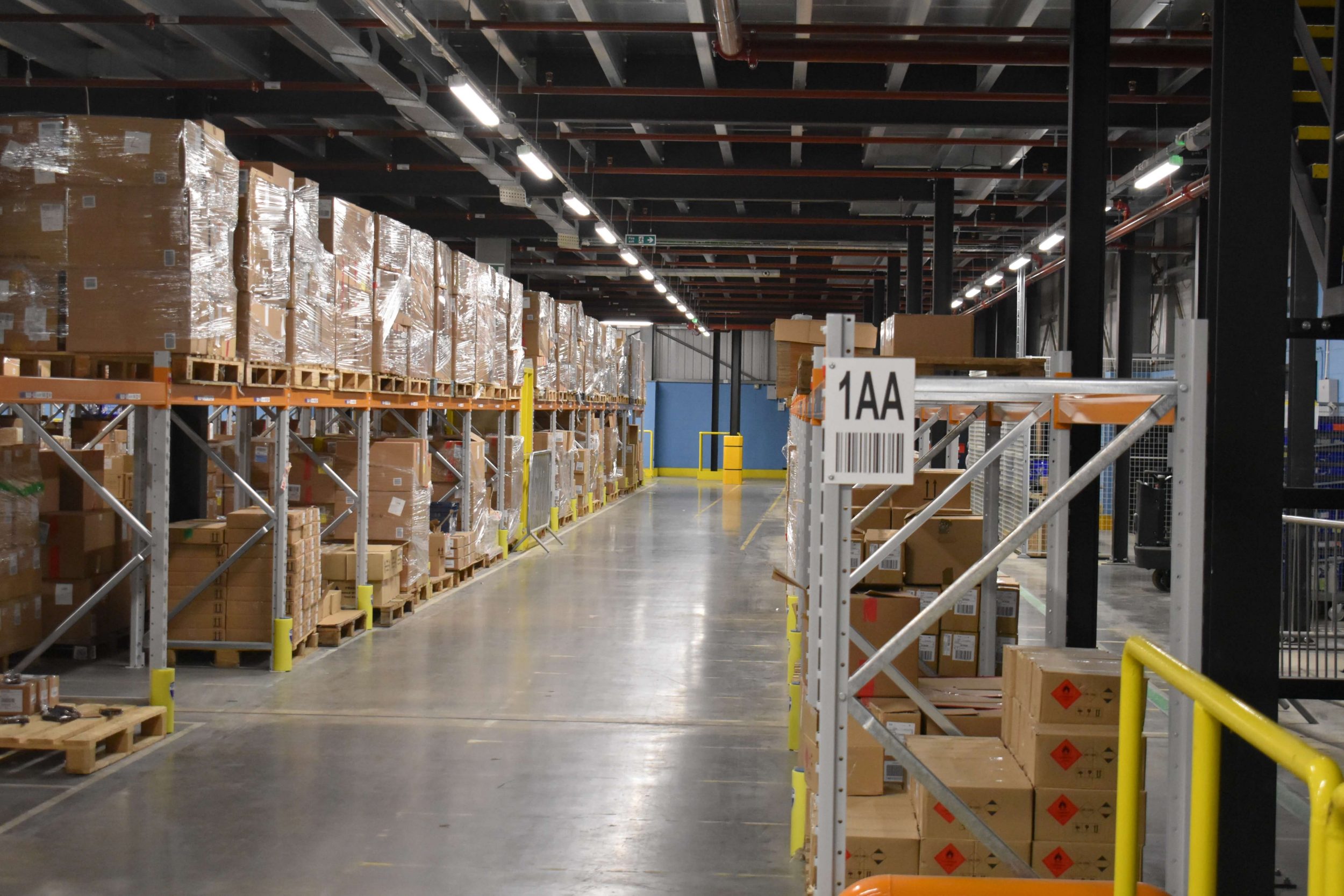 EcolightingUK was recently specified for the LED lighting at a new build 495,000 sqft clothing and home distribution centre in Hatfield as part of a five-year transformation plan for a large UK retailer.

The existing site, which opened recently, was formerly used by another retailer and has been converted into a mechanised clothing distribution centre and serves 150 stores in the South East and employs more than 500 people.

Ecolighting was chosen for the project to provide the lighting installation within a number of services for the tender, which also included ancillary electrical works, PA systems and fire and smoke detection. Following a competitive tender process, a main contract of more than £16m was awarded for the works.

Ecolighting was selected for its reduced costs against competitor prices and the efficacy of its fittings. The specification was to install LED luminaires inside the distribution centre alongside a RAPID emergency monitoring system. The site was also fitted with external lighting.

Split into two warehouses, Boxed (Boxed items) and Hanging (Hanging garments), both buildings have been installed with automation so that products are able to be transported between floors.

The Boxed warehouse and The Hanging Garment warehouse combined have been fitted with more than 13,600 of Ecolighting’s Sapphire luminaires with 3,600 programmable dimmable sensors providing background lighting after non-occupancy and 10,000 switching sensors. Both warehouses also benefit from over 2,600 Altos emergency lighting LED luminaires and each have the RAPID Emergency system installed.

Ecolighting’s Sapphire LED luminaires are designed for use in commercial and industrial environments. Manufactured by Ecolighting in the UK, Sapphire features high output chip-on-board LEDs and OSRAM driver encased in a linear body with a polycarbonate diffuser, all rated IP54. The 1500mm length luminaire comes in four power ratings of 40w, 50w, 60w and 80w, with up to 9600 lumens, a colour temperature of 4000K and colour rendering of RA80. With lamp life of 50,000 hours, the Sapphire comes with a five-year warranty.

The RAPID Emergency system combines state-of-the-art technology and modular mechanics with an easy to use graphical interface. It meets the most demanding lighting control and energy management applications without the cost and complexity of other systems and works with the new patented Energy Measurement Technology to offer the complete lighting control solution.

For the outside areas at the site, 100w and 200w Atlantis LED floodlights and 35w, 60w and 200w Medusa amenity lights were selected. With energy savings of up to 90% compared to halogen lamp floodlights, the frosted tempered glass cover for uniform illumination offers IP65 protection and a luminaire efficacy of up to 115 lumens per watt.

Also used outside is Ecolighting’s compact Pegasus luminaire. Pegasus from Ecolighting is a top specification LED High Bay luminaire. Pegasus uses an Osram driver and top quality Osram LEDs, giving 166 lumens per watt and up to 80% energy saving in installations. The sealed dustproof construction prevents access from insects and makes for easy cleaning. The Pegasus High Bay luminaire is used by Ecolighting frequently for a wide range of applications from industrial, warehouses, cold stores and manufacturing to sports halls and retail stores.

Unlike many other lighting companies, Ecolighting has its own team of lighting and electrical installation engineers, as well as carrying out the lighting scheme design with Relux software in the early stages of client lighting projects. The company also manufactures its luminaires in the UK and uses UK-sourced Osram control gear and LED chips. The company is also a Carbon Trust Accredited Supplier, assessed to BSEN ISO 9001:2015 and are members of the Lighting Industry Association.

Ecolighting has worked with many other big name companies such as Kuehne Nagel, Debenhams, Carlsberg, Culina and Cadbury. 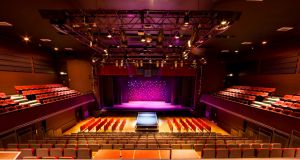 Edmundson Electrical Greentech has been appointed distributor for Sharp Solar 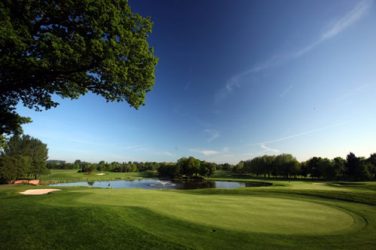 Showcase your business at the National Golf Championship 2016

Showcase your business at the National Golf Championship 2016 Team up with the Electrical ...