That is the worrying conclusion of Dimplex, using figures from DECC’s Housing Energy Fact File 2013, which looks at energy use in the home and how it has changed over the last 40 years.

Despite increased ownership and use of household appliances, improvements to the efficiency of appliances has helped to reduce energy use per household by 18 per cent since 1970.

However, the growth in the total number of households (up 44 per cent in the same period) more than offsets this saving – and overall domestic energy use in the UK has actually increased by 17 per cent in the last four decades.

With up to 2.4million people now living in fuel poverty, the report highlights some alarming habits, including many households who rely on ‘luxury’ appliances such as dishwashers and tumble dryers without knowing the impact on fuel bills. It also shows energy use for space heating has dropped by a fifth since 2004, even allowing for an extra 1.4 million dwellings in that time.

Chris Stammers from Dimplex said, ‘As fuel costs continue to rise, more homeowners inevitably try to reduce their monthly bills, but very few people seem to be attempting to reduce gas consumption and far more are focusing on saving electricity. This is this despite the fact that gas bills have increased by 12 per cent each year on average between 2005 and 2010, whereas electricity has only increased by 8.8 per cent in the same time period.

One of the main talking points from the report is space heating, which accounts for 61.9 per cent of household energy (down from 67.6 per cent in 2004).

Although heating energy has increased by just over a 1/10 since 1970, this rise is much less than the increase in the number of households – showing that improvements in insulation and heating system efficiency have offset the number of additional homes and the demand for warmer properties.

Chris Stammers added, ‘Although total heating energy has increased, it is testament to the advances that have been made in heating technology that the proportion of energy used for heating has fallen – especially when you consider the growth in the number of properties and the fact that average internal temperatures have risen by four per cent since 1970.

‘Extended homes and the growth in conservatories has contributed to this rise in heating energy, and the report shows that one in seven households in England now has a conservatory that they heat at least some of the time. This can increase energy use by at least 13 per cent.

‘The most alarming point is the fact that 50 per cent of all conservatories with heating are heated every day in Winter, even when they are not occupied. Often this is because they are linked to the main central heating system; it is clear to see the benefit of fast reacting electric convection heating which can be turned on only when needed.’

And there is more evidence to support the growth of electric heating in certain properties. The number of flats and apartments heated by electricity increased from 269,000 in 2003, to 505,000 in 2011. In fact, the total number of electrically heated homes in the UK is the same now as it was in 1982.

Stammers added, ‘There is a common misconception that electrically heated homes pay a disproportionate amount for their heating bills, but if the system has been specified correctly to the property, it is simply not true.

‘In fact, DECC’s report indicates that households spend far more on “other electric appliances” than they do on electric heating – and the gap is only set to widen in the future.’

According to the Housing Energy Fact File, the total cost of running household appliances such as the washing machine, tumble dryer, fridge freezer, TV and lighting costs the average household up to £534 per year.

Stammers concluded, ‘The figures show that despite what many homeowners still believe, households will spend a lot more on other electrical appliances than they do on heating – now and in the future.’

IET announces search for the world’s best innovators in engineering, science and technology

IET announces search for the world’s best innovators in engineering, science and technology The ...

YESSS Electrical extends through the South 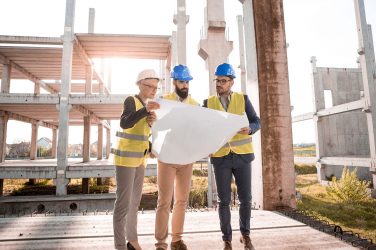 Trade Hounds, the professional community built exclusively for the construction industry, has announced the ...