For electrical contractor EGI, Flir’s thermal imaging technology has become such an important part of its business, the company has recently upgraded its thermal imaging hardware to take advantage of the latest detection technology.

Thermal imaging has become the industry standard method of spotting electrical faults in fully energised systems. It provides premonition of failure so costly downtime is avoided, a huge benefit in the management of critical systems. The early warning the technology provides also helps prevent fire, a factor substantiated by the European electrical contractor EGI.

This company originally invested in a Flir T360 infrared camera to meet its customers’ increasing demand for thermal inspection in line with insurance requirements. It is now commonplace for insurance cover to be conditional upon regular thermal inspections in order to minimise both production losses and fire risk.

EGI now counts large industrial companies amongst its list of customers for this service. Michael Weigt, managing director, explains, ‘Control rooms can include up to 40 electrical cabinets and they have to be inspected every four years. This is not only stipulated by law but also required by insurance companies for fire prevention.’

In his view this approach makes a lot of sense as old cable coating can become porous. External factors such as UV radiation can also cause changes to the plastic coating making it more brittle and prone to breakage. In addition to this, contact points oxidise and fuses become overloaded.

The Flir camera detects these problems immediately whilst the system is under load so their replacement can be scheduled during the next planned shutdown.

EGI also uses Flir thermal imaging to detect asymmetrical loads and the reason for this is not always faulty modules. If an older system is extended over time, the upgraded electrical circuit can be exposed to a greater load than was originally intended. This requires immediate action as excess load can generate heat and pose a fire hazard.

Flir thermal imaging has become such an important part of the EGI business that the company has recently upgraded its thermal imaging hardware to take advantage of the latest detection technology. It recently took delivery of a new Flir T440, which features Multi Spectral Dynamic Imaging (MSX).

A 25˚ lens is standard with this camera but as EGI engineers often work in confined spaces, the company specified an additional, interchangeable 45˚ wide angle lens. Even when the distance to the electrical cabinet is just 80cm, the wide angle lens provides clear detail and a complete image of the target area.

In addition to other new features such as touch screen display and on screen sketching, the Flir T440 also introduced EGI to Meterlink. This makes it possible to transfer, via Bluetooth, the data acquired by an Extech clamp meter to the corresponding thermal image. Speedier inspection is the result as all values are automatically included in the inspection report.

‘We used to note the values of a clamp meter separately and allocate them to the thermal image later on,’ explains technician Andre Bacht. ‘And this posed the risk of mistakes.’

Meterlink eliminates this risk and it is complemented by integrated wireless LAN that allows thermal images to be transferred to a PC or mobile device.

EGI’s adoption of Flir thermal imaging has been a resounding success. The technology has allowed the company to tap into a new income stream and, in addition to its application in the field of predictive maintenance and fire prevention, it is providing a quality control function, too. As EGI builds its own electrical switchboards and cabinets and the Flir T-Series cameras are also being used to detect any pre-commissioning faults. 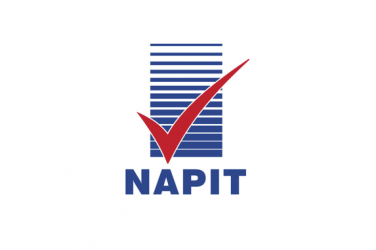 Back to the future with NAPIT

Until now, all NAPIT’s publications have centred around its core business, that being site-based ...