They are undertaking the Brathay Challenge as part of the National Apprentice Week which consists of a charity fundraiser which is taking place on 6th March 2012. All eight are aiming to complete 200 miles between them on a variety of gym equipment including cross trainers and treadmills to raise as much money as possible for their chosen charity, ‘Help for Heroes’.

The enthusiastic eight are also taking  part in a two day event where the team will compete against eight leading companies in the UK. Their problem solving, teamwork and physical skills will be put to the test before the winner is announced on 16th March 2012 and the worthy team is crowned ‘Apprentice Team of the Year 2012’.

The BBES apprentices were recently interviewed on the importance and benefits that apprenticeships bring and Thomas Hyland said, ‘I work with colleagues across a wide range of disciplines and each of them has been willing to pass on their skills, knowledge and wealth of experience in order to support me throughout my apprenticeship. Applying for an apprenticeship was the best decision I have made I am proud to be an apprentice and to work for BBES who are committed to their apprentice training program.’

The apprentices have set up pages on social networking sites with the intention to raise as much awareness as possible of The Brathay Challenge and also apprenticeships. These sites are detailed below.

– A JustGiving page has also been created to allow people to donate: 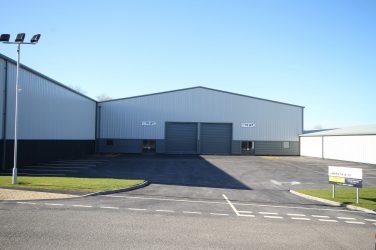 LEW Electrical Distributors has expanded its network of branches having signed up to a 4,000ft2 ...

Taking control of the market

Taking control of the market Borri Ltd has announced that the company will be ...