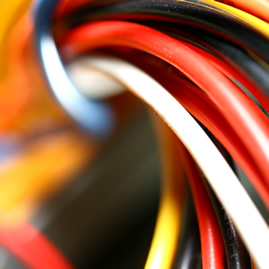 ECIC, the specialist insurer for the building services sector, is warning electrical contractors working on major building sites and projects, that they may not be covered under the site’s project policy as they have been in the past.

This could leave them exposed if they are found to be at fault in an insurance claim. The warning follows an out of court settlement which has left insurers and contractors in the dark about the extent of cover offered by Project Policies – in the eyes of the law.

In 2018, a High Court decision found in favour of a project policy insurer recovering their costs from the contractor who caused a site fire. The Court concluded that, under the terms of the project policy, the subcontractor was required to have separate cover – which was not in place. This meant the contractor was liable for the full cost of damage caused. The contractor in this case was due to appeal the High Court’s decision in early 2019 but instead settled out of court, prior to the appeal hearing.

Ian Hollingworth, Technical Claims and Relationship Manager, ECIC, comments, “The out of court settlement has left insurers supporting the UK’s construction sector in need of urgent clarity over policyholder and sub-contractor’s rights under these policies, and where the sub-contractor needs to take out their own CAR/public liability insurance.

“Traditionally, employers on larger construction projects take out a project policy to cover damage to the existing structure. There is also the option of adding cover for contract works being undertaken by appointed sub-contractors, including electrical contractors.

“The project policy would normally provide protection to named contractors, and sometimes all contractors in the contractual chain, reducing delays in the project and avoiding costly litigation between sub-contractors. However, in this case, the sub-contractor had not been appointed at the start of the project and was not named on the policy. This meant the subcontractor required their own insurance, clearly highlighting the importance of checking insurance cover thoroughly, and not taking for granted that full cover is held for all sub-contractors working on site.

“Whilst the situation remains somewhat unclear for the insurers, what is very clear is that electrical contractors and sub-contractors can no longer rely on a project policy insurer to cover any losses in the event of damage they may cause. A project policy does not necessarily provide the catch-all cover on which contractors have come to rely, and overlooking this could be an extremely expensive mistake for any electrical contractor or sub-contractor. Thorough checking of existing cover and the terms of that cover is even more important than ever, so we advise all electrical contractors to work closely with their broker or insurance provider to confirm they are adequately insured for their potential liabilities.” 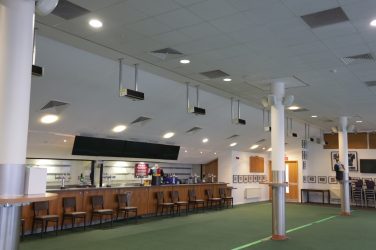 Signify is supporting a safe future for stadium sports by installing UV-C disinfection lighting at ...

Almost 1 in 10 tradespeople expect to do emergency home call outs this Christmas ...

Doncaster Cables - a new beginning As one of the few remaining manufacturers of ...