In the past few months, two consultations have been published in Scotland considering how to increase the use of qualified and competent electricians to protect the public. The Government published their consultation on 23rd November, just weeks after Jamie Halcro Johnson MSP’s Proposed Electricians Scotland Bill consultation on the same issue closed.

I’ve been representing Napit at the Electricians Working Group in Scotland over the past 2 years,  to explore the challenge of ensuring the safety of electrical installations and therefore welcome the Government Consultation on this subject.

Napit do not run an Electrical Certifier of Construction Scheme, membership demonstrating you’re able to certify that your work complies with Building Regulations. However, our members are deemed competent to undertake electrical work in Scotland which is not covered by a warrant, and also to undertake Electrical Installation Condition Reports, and are recognised as such under the Government’s Guidance. The Building (Scotland) Regulations states: “Every building must be designed and constructed in such a way that the electrical installation does not–(a) threaten the health and safety of the people in, and around, the building; and (b)become a source of fire.”

The situation in Scotland differs to England and Wales. It would be wrong to compare the Certifier of Construction Scheme in Scotland with the Competent Person Schemes in England and Wales- but there are similarities. Scotland is the scope to which ‘warrantable work’ applies. Only in limited domestic settings is electrical work warrantable. What determines whether work is warrantable or not largely depends on the impact of faulty work on others- e.g. if the electrical work is being done in a flat, maisonette, the work affects a separating wall or a building with one or more stories over 4.5m then a warrant is required but a lot of the ‘notifiable’ electrical works in England and Wales do not require a warrant in Scotland.

This has tended to mean that many electricians have not needed to join a ‘Certifier of Construction’ Scheme and become an ‘Approved Body’ or approved ‘Certifier’ as their work doesn’t fall within the warrantable regime. This means there is a lack of oversight of many of those undertaking electrical work in Scotland and research has shown that there is a lack of consumer awareness about how to engage a qualified and competent electrician.

Jamie Halcro-Johnston MSP has been a long-standing advocate for improving electrical safety within Scotland and sponsored a Members Debate on the Regulation of electricians as a profession in October 2018. Although his consultation came as a shock given that the Government had promised the Electrician’s Working Group they would publish one, it re-iterates the importance of the subject to him and perhaps was intended to put pressure on the Government to act. Halcro-Johnston’s consultation is to inform a Member’s Bill which he intends to introduce in the Scottish Parliament during the next session. His Proposed Electricians (Scotland) Bill aims to provide for a single, unified register of qualified, experienced and competent electricians in Scotland and to provide protection of title for those who are registered.

The Government’s consultation, which is open until the 12th February 2021, considers whether regulatory measures are required to give greater protection to the public and reduce the level of poor electrical workmanship by a persistent rogue trader element.

Both consultations are trying to answer the wider question ‘How do we ensure the safety of electrical installations in Scotland’ and whilst Halcro Johnston’s consultation sets out very clear proposals, the Governments consultation explores whether voluntary measures could be taken to tackle this problem.

Napit fully supports the efforts to improve electrical safety in Scotland. A unified register of organisations deemed competent by UKAS Accredited Certification Bodies against the Electrotechnical Assessment Specification would be a huge step forward in providing confidence to consumers wishing to hire an electrician to work in their home.

We suggest the Government owned Certification Register, which currently lists those who are registered on a Certifier of Construction Scheme could be expanded to include all electricians, and should remain as not only listing companies, but also competent individuals- Approved Certifiers. This could be enhanced by having photographs of the individuals which would allow consumers to verify the competence of their employed contractor on the doorstep- a move NAPIT has recently made to help enhance consumer protection.

One way to encourage electricians to become certified, and therefore listed on this register, would be to expand the scope of electrical warrantable work to include all houses- not just flats/maisonettes or houses with a storey over 4.5m. This will provide a very clear message to communicate to homeowners and ensure the use of an Approved Body who employs at least one Approved Certifier or uses a Verifier to sign off the work as compliant. In addition to the expansion of electrical work requiring a warrant, a consumer awareness campaign will be needed to raise awareness of the Certification Register as the place to find a qualified, registered competent electrician in Scotland. Consideration should also be given to whether electrical work undertaken in commercial and industrial properties should be subject to increased warrants to expand the impact of the unified register and further enhance the safety of all electrical installations.

We do not support the proposal to protect the title ‘electrician’ as those who are not able to call themselves an electrician will call themselves other names, such as an ‘electrical installer’ and will still be legally allowed to undertake electrical work. Protecting a title does not protect the work activity. Protecting the title also creates a lot of issues regarding specialist electrical disciplines such as: electrical renewable technologies, smart home automation systems, fire and security systems, and requires considerations around how not to undermine their specialism whilst protecting a proportion of electrical work. Protecting the title for individual electricians and listing individuals, without the company they are employed by creates many issues- especially around insurance requirements, consumer protection, contract law and GDPR which is why we would never support a register of competent individuals without their organisation name being clearly present.

Looking ahead, we will be submitting our views to the Scottish Government Consultation and encourage you to do the same. We hope that steps will be taken to enhance electrical safety and provide consumers with added protection in Scotland but implore the Government to take ownership of this initiative to reduce the risk of monopolisation within the sector. 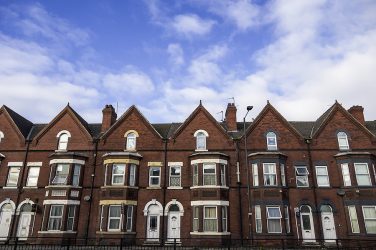 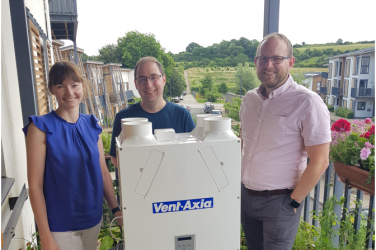 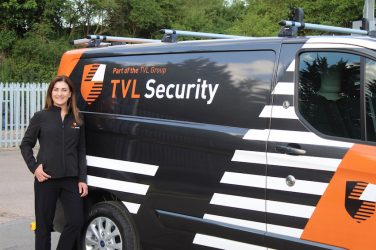 Electricians urged to join a new fight back against van crime

Tradespeople, van drivers and businesses who fall victim to crime are being urged to ...