A procurement pilot, which began in January, requires electrical contractors tendering for specific government construction contracts to ensure that, if successful, only electrical workers that are Licensed to Practice will be deployed on site.

The six month pilot has been developed to stamp out unqualified operatives describing themselves as electricians and also to improve electrical safety standards.

During a certificate presentation at Clare House in Belfast for electrical contractors involved in the pilot, the Finance Minister praised members of the electrical contracting industry in Northern Ireland who are backing SparkSafe LtP.

Mr Hamilton said, ‘It is essential that the quality of electrical installation work on all contracts, not just the public sector, is delivered to the highest possible standards. The Licence to Practice pilot is a great opportunity for the construction industry in Northern Ireland to raise the bar further and move beyond current UK best practice.’

At present firms and individuals wishing to join the SparkSafe Licence to Practice pilot can apply through the Ballymena-based Electrical Training Trust (ETT) to obtain registration based on their qualifications, experience and skills.

The Minister added, ‘It is vital that we continue to attract our young people to apprenticeships and retain them by raising the status of electrical operatives in order to revive the local economy via the construction industry.’

Legrand opens up smart new world Legrand is on course to become one of ... 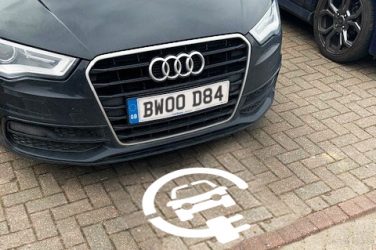