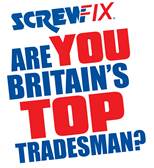 They will now battle it out with seven other finalists, including plumbers, builders and landscapers, from across the UK at Wembley Stadium, on the 21st October. One person will be crowned Britain’s Top Tradesman 2014. Apart from being a major boost to a business, the top prize for the winner is a brand new £28,000 (OTR) Toyota truck or van.

Profile of the electricians:

Richard Denholm, 30, is a fully qualified electrician who recently gained further qualifications as a joiner. This enables him to extend a more comprehensive offering for his clients which are mostly landlords. He likes to keep up-to-date with modern technology and money saving techniques such as LED. All his test equipment is linked to his iPad via Bluetooth, keeping his business paper free.

Terry White, 32, manufactures and installs visual aids for the hearing impaired in addition to working as a traditional electrician.  He invented a specialised product after recognising a gap in the market and is believed to be the only business in the UK to supply it in this form. He has managed the certification of the product himself and also builds them at home after a day ‘on the tools’.

Kelly Vincent, 34, is passionate about getting more women involved in trade professions. She says she has found it to be an incredibly rewarding career in which she’s been able to meet so many people who she has been able to help. Kelly writes a blog on her website to keep customers up to date on the latest technology and is active on social media. She was also a finalist in the Women in Construction Awards 2014.

Nick Green, 43, founded his business on excellent customer service and professional standards. He regularly goes out of his way to help customers, especially if they have unsafe work that needs repairing. He thinks it’s important to show that there are good electricians out there and the majority do a good job for their customers.

Britain’s Top Tradesman, organised by Screwfix, is a nationwide search to find and recognise the brilliant builders, helpful handymen, exceptional electricians and perfect plumbers that keep the UK’s homes and businesses in top condition.

John Mewett, marketing director at Screwfix, said, ‘Britain’s Top Tradesman is a prestigious accolade that Screwfix has awarded for the past five years. Previous winners have seen their businesses go from strength to strength after receiving the title – all have picked up new customers and taken on extra staff to cope with the demand – it really can have a life-changing impact. The standard this year is really high and all of our finalists have what it takes to be crowned the champion for 2014 – it’s certainly going to be no easy task to pick the winner. An electrician has never won so it’s up to them to do it for their trade.’

The quartet will be invited to Wembley Stadium to meet the judging panel at the grand final on 21st October. They will be treated to a sneak peek behind the scenes at the stadium as well as meeting last year’s winner, joiner Tom Ball.

The judging panel includes representatives from Screwfix, the Federation of Master Builders (FMB), the Chartered Institute of Plumbing and Heating Engineering (CIPHE) and the electrical trade body NICEIC. The national winner will be announced in November.

Jobs for the Girls goes to Westminster 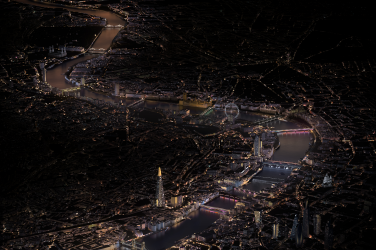 Signify, formerly Philips Lighting, has been announced as the connected lighting partner to illuminate ... 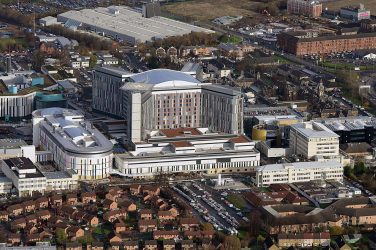 Hygieia first at Scotland's largest ever healthcare scheme Marco has made its final delivery ...