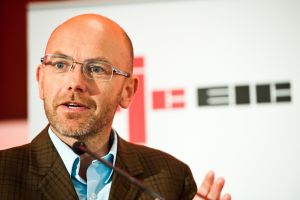 More than 700 visitors filled out Epsom Downs for one of the electrical industry’s premier conference and exhibition events – NICEIC Live South.

Now in its third year at Epsom Downs Racecourse this was the biggest show yet, with more seminars, presentations, exhibitors and visitors than ever before.

Former fashion designer and current social housing guru Wayne Hemingway MBE (pictured) was the star attraction. He inspired the audience with the story of his rise from market stall holder to a much sought after design expert.

‘In business you have to be brave and always trying new things,’ commented Hemmingway. ‘You just never know where it might take you.

‘Growth in any business is about identifying need and the sustainability agenda is definitely going to push that need. We should be building things to last.’

The crowd were also enthralled by a presentation from Atkins director Kelvin Freeman, who was the energy services lead for the London 2012 Olympic Games. With overall responsibility for ensuring the design, delivery and operation of power at all venues Freeman, a former apprentice electrician, played a key role in making the Games such a success. He spoke about the detailed work carried out by engineers and electricians in the run up to the Games and some of the hazards and hurdles they had to overcome – including the importance of testing and inspection throughout.

‘We had to spend time and money to get the right people on the job and we were lucky in the sense that the UK possesses such a skilled workforce; Rio in 2016 will not have that skillbase to call on,’ added Freeman.

In addition to the keynote speakers were seminars by NICEIC’s Tony Cable and Darren Staniforth, talks on Green Deal, changes to the wiring regulations, online certification and practical advice sessions on how to market your business effectively. In the downstairs exhibition hall there were also demonstrations on electric vehicle charging and home automation.

Lead sponsors WF Senate and Peugeot were also offering contractors some great deals and were joined in the exhibition area by other leading names such as Aurora Lighting, Dehn, Dimplex, EAL, Irwin tools, Scolmore, Fluke and Mr Electric.

Mark Smith, head of group marketing at NICEIC, said, ‘We have listened to what contractors want from these events and put on more seminars, technical talks and exhibitors than ever before.

‘Each year the show just seems to grow and grow and it was great to see such huge crowds through the doors. We look forward to putting on another great show in Bolton at NICEIC Live North, later this year.’ 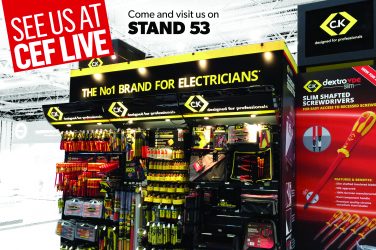 C.K, a hand tool brand for professional electricians, is set to return to CEF ... 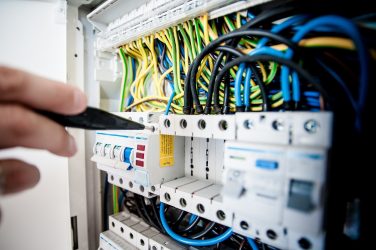