Hesis Fire and Security is celebrating record growth in the first two quarters of 2012, with continued robust growth forecast for the remainder of the year and beyond.

The Merseyside headquartered company – which delivers, installs and maintains fire detection, door entry access controls and closed circuit television – has won contracts the length and breadth of the UK. Hesis Fire and Security has seen particularly strong growth in the education, healthcare, and leisure and hospitality sectors.

Launched in 2007, Hesis Fire and Security has increased turnover year-on-year, achieving £1.7m at the end of July 2012. Turnover has grown by more than 40 per cent in the last 12 months.

John Byrne, operations director, said that the company’s growth was down to a number of factors, ‘We have had a particularly strong six months with a raft of successful tenders coming through for the firm. We have seen repeat business from satisfied clients which is a great testimonial to the high quality of the work we do. We have also won a host of new contracts based on our reputation for excellent service from design through to commissioning and maintenance,’ said Byrne.

‘Some materials are also becoming more readily available and cost effective, which means that our clients are able to budget for increasingly sophisticated installations. The Vine Court development for the University of Liverpool is a major project for a high spec 710 bedroom student accommodation build. We designed and delivered the security systems, door access controls, CCTV and fire detection and alarm system.

‘We have grown the geographical reach of our business, and in the last six months have successfully delivered on major developments as far apart as Newcastle, Leeds, Liverpool, Manchester and Luton.’

Hesis Fire and Security has recently appointed Andrew Somerville to the role of business development director. The firm anticipates continued structured growth for the business and further increase in revenue and profitability in 2012/13. 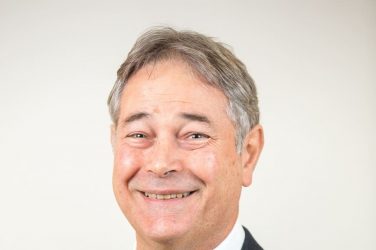 Alan Macklin, Group Technical Director at Elta Group, has been appointed as the new ...