JIB and ECA members contributed to the Survey of Accidents at Work Report 2014, which collated data on deaths, injuries and over seven day accidents. The findings, which represent almost 13,500 operatives, show an improvement on last year’s accident incidence rate and an ongoing downward trend for the industry.

Slips, low level falls and electric tools were the main causes of injuries in 2014, with no fatalities reported. A significant reduction in serious work at height accidents compared to 2013 was demonstrated, with only one serious injury due to a fall.

Where accidents did occur, the JIB and ECA are now looking at further education and awareness raising to help members avoid potential pitfalls in the future.

‘The 2014 accident statistics show a remarkable downward trend over the past 10 years, and they stand comparison with the accident statistics of any other sector or group in construction or maintenance. We are particularly pleased to report that there were no fatalities due to member activity in 2014,’ said Paul Reeve, director of business and external affairs at the ECA.

‘There was one serious injury and three minor injuries due to electric shock, which is always a focus for our sector,’ he continued. ‘But of the 15 major injuries in 2014, a third of all serious injury accidents (five) were due to slips and low level falls – in fact, over half of the total could be attributed to slips and low level falls (five), and work with electrically operated tools (three). This makes these additional candidates for further attention.’

To view the Survey of Accidents at Work Report visit: www.jib.org.uk/publications 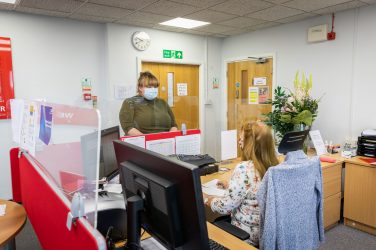 Megger is gearing-up for a move towards hybrid working by introducing Juggl Desks from Sorce ...

Discover the seductive power of retail lighting at the Osram Light Spot - Newey ...