In a couple of weeks’ time we’ll be watching our fellow British sports men and women compete, fight, rise to the challenge, fall short, over-exceed, be disappointed in their performance and beat all the odds to be true champions. So what does it take to be a star in your field? And how do you produce the best of the best? Here Scott Irwin, UK ISC site leader for MK Electric discusses how the company is identifying and recognising the future Steve Redgrave or Kelly Holmes of the electrical industry.

The latest Government Department for Business, Innovation and Skills statistics – published on 28th June – show a large rise in the number of engineering and manufacturing apprenticeships in the UK. In the first nine months of the 2011-12 academic year 44,130 candidates started an apprenticeship in these areas compared to 48,970 starts in the entire 2010-11 academic year.

Skills Minister John Hayes described it as ‘really welcome news’, saying, ‘As we look to rebalance our economy, it is particularly encouraging to see an increase in the number of apprentices in the engineering and manufacturing sector.’

Couldn’t agree more. As an apprentice myself 24 years ago, fostering homegrown talent in the manufacturing industry is something I believe firmly in – especially at a time when the sector is facing such skills shortages. But it can be immensely difficult to gain support for extending training and learning initiatives at a time when any discretionary costs are being cut. It will only work if viewed as a worthwhile investment in building the senior team of the future.

One of the most valuable aspects of apprenticeships is that young people learn about ‘working life’ as well as the skills they need to progress in their careers; they come to understand how to conduct themselves on site, how to use their initiative, be creative, present ideas, time manage and drive action. What this means for the employer is that they can shape and input into their apprentices’ approach to work as well as their skills, instilling qualities such as a strong work ethic and a sense of personal responsibility.

It’s at the centre of MK Electric’s way of working – perhaps it’s part of the reason that the average employee at our factory in Southend stays there for 17 years. Recognising that it’s vitally important young people are enthused about jobs in these industries, we’ve launched ‘Honeywell Heroes’ – an internal initiative to inspire and encourage gold standard apprentices. The initiatives that some of these more junior staff members are already driving show just how short sighted companies can be to think apprentices are purely an investment. Yes, a worthwhile apprenticeship scheme needs resources of time and organisation to make it effective, but the results can have a real impact on the bottom line.

Take Adam King (pictured). He started his apprenticeship in engineering just six years ago. In that time he has significantly improved machine changeover time from 40 minutes to two minutes, increased machine up-time by eight per cent generating an extra 720,000 units per annum, fine-tuned machinery to increase overall equipment effectiveness by three per cent therefore delivering an extra 240,000 units per annum, and reduced waste to improve yield performance resulting in savings of £25,000 a year. For his success Adam has now been recognised on a national scale, being named in the ’30 Under 30’ of British manufacturing. He will now go on to act as an ambassador for the Make it in Great Britain campaign, which aims to challenge outdated opinions and transform the image of modern manufacturing. He will take on a special role in engaging with other young people, to ensure that the next generation is aware of the great jobs and careers in the industry.

According to Adam, now a technician at MK Electric’s Southend factory, the advice he’ll be passing on to young people is to ‘start having a real business impact as soon as you can.’

Adam says, ‘Textbooks aren’t always the answer. Nothing compares to seeing what you’re learning in action, and feeling like you’re really getting to grips with every aspect of a trade. The key is finding a scheme that gives you the freedom to discover the area you enjoy the most and the responsibility to take an active role with a real impact.’

Oliver Jones, the second of our Honeywell Heroes and a maintenance apprentice at MK Electric’s factory in St Asaph, Wales, agrees, ‘I know from experience that whilst classroom learning has its place, it’s no substitute for on-the-job experience.

‘Having good mentors is absolutely key to making the scheme a success – I was lucky enough to work alongside people who had just finished the scheme and so understood the best way to explain new concepts, as well as long serving employees who have worked in the factory for 40 years and know the machines and processes inside out.’

Oliver was one of just six finalists in the UK’s Young Manufacturer of the Year 2011. Having expressed an interest in working closely with the shift maintenance team and being more involved in the technical aspect of the role, he identified hazards and inefficiencies in changing the extrusion vacuum motors – instigating and leading the redesign of the motor layout to simplify its removal.

The result was impressive. It eliminated all associated HSE hazards historically related to changing the motor, reduced power consumption by 65 per cent – the equivalent of £60K – improved reliability, improved process consistency and significantly reduced maintenance costs.

Some might say that apprenticeships can be a stretch on resources or a headache for HR; others may think that it’s easier to recruit those with experience rather than nurturing from the grassroots. We say we’re a nation full of potential – made Great in Britain. 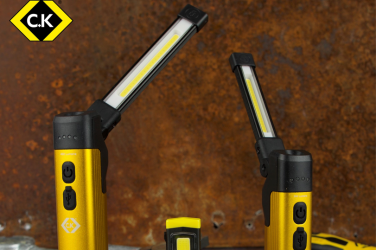 Light the Way with the Innovative New C.K Inspection Lights

The Electric Event is ready to connect 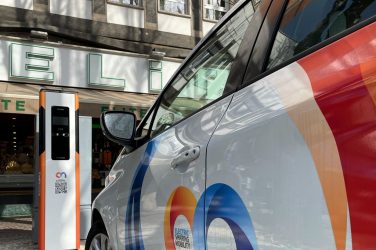 Siemens Smart Infrastructure is delivering charging stations as well as a cloud-based software for ...