Specialising in apprenticeships within plumbing, heating and electrical work the charitable company believes that these industries are missing out on a depth of talent because few female school leavers have sufficient exposure to the opportunities provided. Whilst it is clear that many employers in the sector would like to appoint more women, the numbers coming forward are disappointing.

This is the reasoning behind the JTL Ambassador programme, where young women already making a success of their work in the industries, are going out to schools and at careers events to explain their own career journey, as well as talking about getting started and not being dissuaded from an outdated idea that these are careers just for men.

The original Ambassador programme was launched some 18 months ago and endorsed by politicians, employers and trade unions. Now the scheme is to be extended to accelerate the work beyond the present estimate of having reached over 3,000 girls at live presentations. 12 new Ambassadors were today officially unveiled at an event held at London’s Queen Elizabeth II Conference Centre. Stretching across the country they will be combining ongoing career success with a strong message that young women should not be blinkered by outdated ideas of what is work for women.

The new ambassadors just appointed are: Chantelle Browne from Thetford in Norfolk; Charlene-Ann Jennings from Stoke-on-Trent; Alice Duarte from Chelmsford; Katie Baldwin from Nuneaton; Meleisha Stuart from Huddersfield; Samantha Jones from Coleford in Gloucestershire; Lucy Suggett from Chard in Somerset; Hedy Navarro from Huddersfield; Lisa Marie Wood from Manchester; Adele Claire Walsh from Wigan; Rebecca Ashcroft from Burton-on-Trent; and Phoebe Stockford from Oxford. They are all volunteers who have agreed to carry out this role to try and attract more young women to trade apprenticeships.

Guests at the launch heard presentations from JTL chairman Ian Livsey, JTL’s equality and diversity officer, Yasmin Damree-Ralph and Gail Cartmail, assistant general secretary (AGS) at Unite the Union who is also a member of the TUC Executive Committee and General Council.

‘A failure to raise the understanding and appeal of working in building services engineering among more women could be depriving the industries of half the young talent coming from education into work,’ said Yasmin Damree-Ralph of JTL.

This second cohort of newly qualified tradeswomen and apprentices recruited up and down the country by JTL will be carrying the messages of opportunity and signposting success to those contemplating career decisions. All of the new group of Ambassadors are regionally based and will be helping change many perceptions about job suitability and female opportunities over the next year.

Further information is available on the JTL website www.jtltraining.com 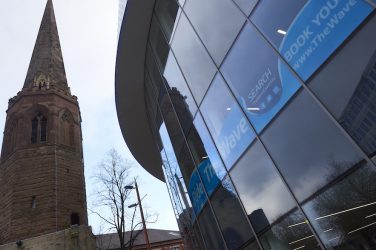 Luceco on the crest of ‘The Wave’ in Coventry

Luceco luminaires have recently been installed at a multi-million-pound water park, The Wave, Destination ... 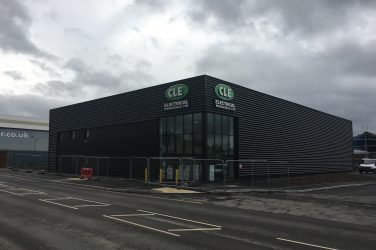 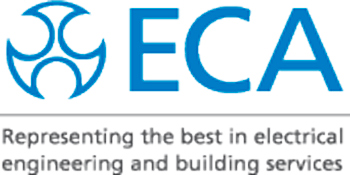