Derry Building Services specialises in all aspects of design and contracting for both mechanical and electrical disciplines. Operating from offices in Newark, Nottinghamshire, the company has grown into one of the most technically advanced Mechanical and Electrical Design & Build Contractors in the UK.

Mark Townsend, managing director of Derry Building Services said, ‘We are immensely proud of our apprentices and of the apprenticeship programme that we offer. Apprentices are vital to our business allowing us to organically grow our workforce from within. The opportunities that they give to young people are important too – I started my career as an apprentice, so I know first hand!’

Kevin Brown, JTL’s East Midlands assistant regional manager, ‘It’s always good to see our partner employers and the young people we help to train being recognised for awards. It says a lot about the quality of the young people we work with and the employer’s commitment to the apprenticeship scheme. Ben is a credit to his company and to the apprenticeship programme and we wish him well when the winners of these awards are announced later in the month. He deserves to succeed and we’ll be routing for him on 18th!’

All of the East Midlands winners will proceed through to a final national judging stage and the highest scoring apprenticeship employer entries nationally will have the additional honour of featuring in the acclaimed England’s Top 100 Apprenticeship Employers list, which will be produced by the National Apprenticeship Service in Partnership with City & Guilds.

The national award winners will be revealed during The Skills Show at the NEC in Birmingham on 14th November 2013. 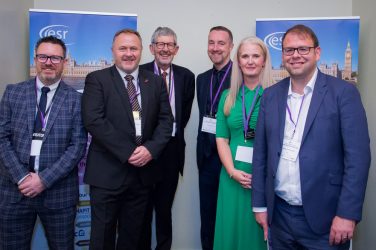 On 16 November, the Electrical Safety Roundtable (ESR) hosted a parliamentary reception to shine ... 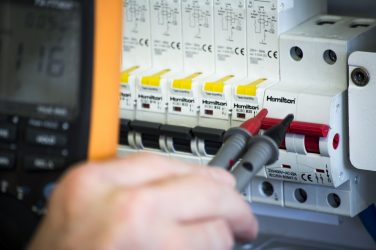