In 1990, the original founders of JTL believed the electrical sector needed its own specialist apprenticeship training service, as its requirements were so distinctly different from the wider construction sector. Since then, some 29,000 people have completed their apprenticeships, gaining professional electrician status with JTL. In 2002 the business became a charitable company and the following year added apprenticeships in the disciplines of plumbing, heating and ventilating and engineering maintenance.

In a period when other training providers have come and gone – some leaving employers out-of-pocket – JTL has become a standard by which other training providers and colleges acting independently, have come to be judged. JTL results speak volumes. In the last academic year for which records are available (2012-13) its leadership has certainly been maintained. Of electro-technical apprentices that started with JTL four years previously, the overall success rate was 78.5 per cent. This compares with a much lower national average of just 69 per cent.

Fundamental to these results are the quality measurements that are applied at every step. Of those applying for a JTL apprenticeship only ten per cent meet the requirements of an initial assessment test. This is used as the basis for a young person to be included on an approved applicants’ list, which is then circulated to employers for them to shortlist for interview.

Unlike some training providers, all of this is provided at no charge, with the service extended to include help in accessing training grants and providing starting documents for future assessment.  A constant line of communication with more than 160 locally based Training Officers that assist employers and young people, updating them on progress and where additional effort is going to be required, is a major plus that employers in particular value from the JTL service.

JTL is keen to raise both the status of those working in building services engineering, and the appeal of a career in the electrical industry. It targets money and effort to ensure that more young people across a range of academic abilities, see the merit of an apprenticeship in electrical installation and maintenance. This includes working with careers advisors, and providing meaningful information to parents – illustrating the success stories of young people who have achieved great things through electrical apprenticeships.

JTL has expanded to include additions such as an assessment service and the introduction of popular short course programmes, aimed at experienced electricians who are keen to expand the nature and currency of their work. Choices include 17th Edition, Inspection and Testing and Safe Isolation. These are offered at a number of venues across England and Wales, including the JTL National Centre of Excellence in Birmingham that officially opened in October 2013.

‘I believe the company can look back on a very proud record of reliable achievement,’ commented JTL Chairman Ian Livsey. ‘Training for the electrical sector will remain at the heart of all we do, but we are also embarked on a diversification strategy that means we can offer more to both current customers and others in related industries.

‘JTL is a true service provider. Both its on-going existence and extremely bright future are worthy of celebration by all those who care deeply about the professionalism that good current and future electricians apply on a daily basis.’

Every employer engaging a JTL apprentice in the period 1st August 2014 – 31st July 2015 will receive a 25th Anniversary entry ticket for a very special celebration prize draw. Only one entry ticket per company is being provided so the competition cannot be dominated by larger businesses who take on more than one apprentice.

The prize is the impressive silver Citroen Berlingo 1.6 HDi. The prize is pictured here outside JTL’s National Centre of Excellence – being admired by JTL Chairman Ian Livsey and apprentices Harry Smith from Kingstanding in Birmingham who is in his first year of a full time course with JTL and Nathan Trowman from Sutton Coldfield who is in his first year of an H&V level 2 apprenticeship.

Full details of JTL and the work it does can be found at its impressive new web site at www.jtltraining.com

New jobs as electrical firm expands into Milton Keynes Up to 15 new jobs ... 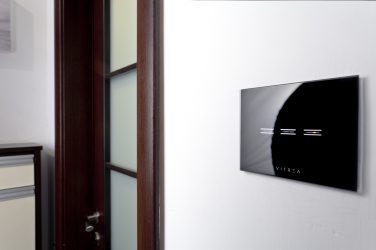 Offering the intelligence today’s homes and buildings need, combined with strong aesthetics from a ...

Stanley's fantasy football tournament returns for 2013/14 season With the start of the new ...