Chris Knight, transport coordinator at Leicester’s Cressall Resistors, saved the firm thousands of pounds when he single handedly managed to fend off a group of copper thieves one Saturday morning.

Every Friday and Saturday a small team led by Knight (pictured) carries out site improvements, repairs and redecorating jobs at the company’s headquarters in Leicester. On that particular Saturday morning the team was upgrading the factory’s Wi-Fi connection. While the other team members were elsewhere in the factory, an unmarked white van containing three men arrived and Knight was approached by a casually clothed man asking for bits of cable for an electrical job.

‘Although the man wasn’t wearing any protection equipment, I didn’t think much of it and helped him to find what he needed,’ explained Knight. ‘However, I saw that the other two guys who came with him were hastily wheeling the scrap metal bins into their van. And then I thought to myself that this is not what we’ve agreed to and decided to follow them and see what they were up to.

‘I could clearly see that they were gathering all the copper scraps they could find on site and loading them into their van,’ Knight recalled. ‘At this point I stepped in between the bin and thieves, grabbed the trolley and took the offcuts back into the warehouse. I had encountered metal thieves in my professional life before and although they were using some very offensive language, I wasn’t really scared. I am quite big and there were half a dozen of my men on site, who quickly came to help me,’ Knight said.

Discouraged by Knight’s assertiveness, the metal thieves ceased their verbal threats and ran away. The incident was caught on camera and this helped the police with their investigations.

‘I felt responsible for the site and if I see a potential theft, it is my job to stop it,’ continued Knight. ‘It is not the first time I’ve seen metal thieves in action, targeting manufacturers across the Midlands. However, they seem to get more and more aggressive, which poses serious threats to employees’ safety.’

Cy Wilkinson, managing director at Cressall added, ‘We were very fortunate that Chris was there, but the underlying issue of metal theft should be taken seriously. Police action seldom goes far enough, so my advice to companies is to tighten security and have robust checks at the gates, as well as CCTV.’ 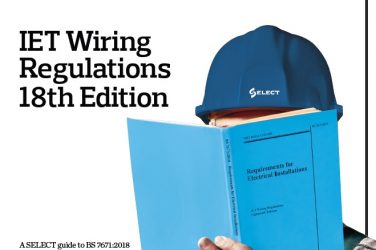 SELECT, the campaigning body for the electro-technical trade in Scotland, has been updating its ... 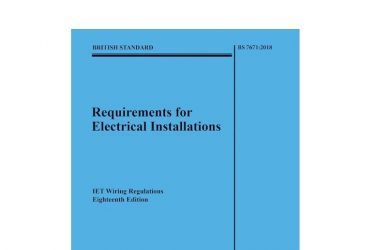 The 18th Edition of the IET Wiring Regulations has published. The essential publication for ...