Network Rail recently laid out its preliminary plans to decarbonise the rail network, which involved finding alternatives to diesel trains and electrifying more than 7,000 miles of track by 2050. The addition of more electric trains to tracks, alongside greater electrification, will add a new need for robust electrical infrastructure to support the network in a clean and safe way. Here, Steve Hughes, managing director of railway power quality specialist REO UK, explains what electrical components are needed to maximise electrical safety and performance in rail.

In its Traction decarbonisation network strategy report, which currently is an interim business case, Network Rail sets out its plans to meet the UK Government’s goal of net zero greenhouse gas (GHG) emissions by 2050. One of the core messages of the report is that Network Rail intends to get most, if not all, diesel trains off tracks in the coming decades.

The report states that “diesel-only trains should only be bought where there are clear strategic and economic reasons for doing so.” Even in these cases, operators should only choose trains where there is the potential to replace the diesel engine with a zero-carbon alternative in the future.

The Rail Industry Decarbonisation Taskforce has identified several traction technologies that it considers in the running to replace diesel trains, most notably, hydrogen, electric and battery. Each technology has its pros and cons, but the consensus is that hydrogen and battery-powered trains will be better suited to quieter routes that span short distances. Although more expensive in terms of infrastructure investment, electric trains are better suited for long-distance journeys and high-traffic routes.

With each technology, significant infrastructure investment is required. Currently, 15,400 single-track kilometres (STKs) of the railway network is unelectrified and Network Rail has calculated that at least 11,700 STKs of this will be used for electric trains. In addition, there is 2,300 STKs of rail where no clear decision on technology has been made, with Network Rail erring towards electrification for 1,340 STKs of it.

As of April 2019, only 12,026 STKs of UK rail was electrified, accounting for approximately 38 per cent of the overall network. The work planned between now and 2050 will more than double the amount of electric rail in the country in addition to increasing the number of electric trains traversing those tracks. As with all cases where electricity demand significantly increases, it’s vital that the infrastructure is in place to safely and effectively manage the strain.

Because the majority of electric rail is used for freight trains and high-speed passenger trains running at up to 125 miles per hour, it’s vital that the voltage supply is stable to ensure safety. Voltage fluctuations or short circuits can potentially pose risk of harm to passengers and station-side businesses, making it important that any potential issues like electromagnetic interference (EMI) are managed properly.

For example, REO UK provides a range of electrical chokes for rail, including mains and EMC chokes, that are specially engineered to attenuate harmful electrical frequencies and reduce power quality issues in rail. Similarly, harmonic filters can be used in the supporting electrical infrastructures to avoid harmful harmonic currents from impacting on the associated network.

With these components in place alongside on-board power quality components, electrical and network engineers can ensure a smoother journey to electrification for rail. As plans for the wider electrification of UK rail are currently being laid out, now is the time for electrical engineers to look into ways to ensure the infrastructure can minimise risks. 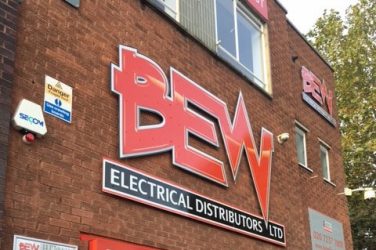 Trade & Calibration day a huge success for BEW Bermondsey Some of the industry’s ... 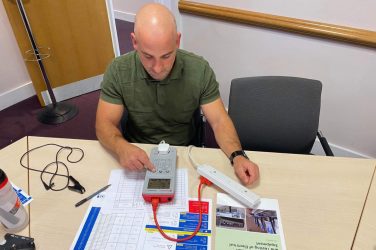 Seaward primetest delivers for PAT training across the UK

Seaward testers are being specified by a commercial training company to deliver improved levels ... 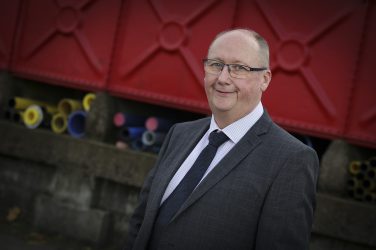