This means that directional (reflector) mains voltage halogen lamps such as GU10, R63, R50 etc. are no longer allowed to be placed on the market.

Products captured by this regulation that are already placed on the market according to the definition of the term may continue to be sold. This means that existing stocks may be sold through and it is incorrect to state that retailers will not be able to sell them as of today.

There has been other misinformation in the press which suggests that UK householders will be faced with bills of £275 to replace the 11 spot lights in the average home.

Significant price falls in recent years has meant that replacement LED lamps can be obtained at prices compatible with other technologies whilst saving around £3.64 each lamp per year (Which) and lasting considerably longer.

Whilst the Regulation does not ban 12 volt MR16 reflector lamps it does require them to last longer and have fewer failures which means that some of the poorer quality versions will be removed from the market.

Tougher requirements for conventional shaped halogen lamps such as GLS, candle and globe types will not take effect until September 2018 which means they will effectively be banned from then on while R7s and G9 halogen lamps and most 12v G4 capsule lamps will not be banned for the foreseeable future however a new Regulation currently being drafted is due to apply from September 2018 which may change this position.

The Lighting Industry Association welcomes the shift to a more energy efficient technology and 2016 has seen a major increase in the uptake of LED lamps by consumers as prices fall and the light output and quality improves. 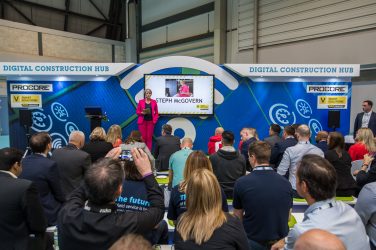 Construction was told three years ago it had to ‘modernise or die.’ That statement ...