The London Borough of Newham has enhanced its gas safety strategy with an installation programme of carbon monoxide (CO) detectors and smoke alarms in more than 15,000 properties.

By choosing FireAngel alarms from Sprue Safety Products, which are approved under the Firebuy framework agreement, the council was able to efficiently upgrade the gas safety devices in its housing stock – a policy which has been endorsed by winning the Outstanding Safety Achievement Award from the Gas Industry Safety Group (GISG) and the CORGI Gas Safety of the Year Initiative.

The council had installed smoke alarms in its homes some years previously, but decided rather than waiting until individual smoke alarms reached the end of their working lives and replacing single units, it would proactively embark on a programme of wholesale replacement. With a policy of implementing procedures to improve gas safety, the team at the London Borough of Newham also decided to take this opportunity to introduce CO detectors across the whole of its housing stock.

Working in partnership with Carillion Planned Maintenance, London Borough of Newham was able to install these CO and smoke alarms as part of its annual Landlord Gas Safety Certificate (CP 12) Inspections. This reduced tenant disruption and ensured the costs of accessing the properties were kept to a minimum.

Choosing products from a manufacturer that was approved under the Firebuy framework meant standard procurement procedures that could have taken up to six months, where unnecessary. London Borough of Newham was therefore able to avoid a lengthy procurement procedure, paying a pre-negotiated price for the units required.

Firebuy was established to deliver English Fire and Rescue Service (FS) procurement on a national basis and its smoke alarm and CO detector framework can be used by other public sector organisations, including local authorities and ALMOs.

Complete GlassGuard’s Customer Satisfaction Survey for chance to win £25 worth of Amazon vouchers ... 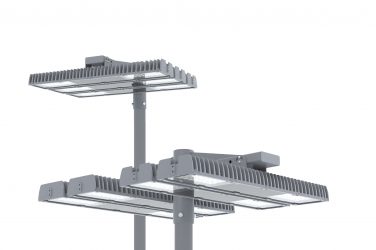