The company was looking for further ways to reduce its energy consumption and costs at the factory and wanted to replace its old refrigeration facility with modern equipment. The on site cold store, which operates 24/7, accounted for 60 per cent of the site electrical loading. The company also wanted to get better control of the refrigeration plant and reduce the potential impact of harmonics.

In a conventional frequency converter, with a six pulse diode bridge as a rectifier, the network side current is not sinusoidal and has significant harmonic content, especially fifth and seventh harmonics. Typical current distortion can range from 30 to 50 per cent in total. In an ABB low harmonic drive, the use of the motor control platform, direct torque control (DTC), together with a low pass filter, suppresses the current harmonic content, giving a distortion of less than  five per cent. The resulting clean sinusoidal current will therefore cause little or no distortion on the network voltage waveform.

Benefits include direct connection to the network, with no complex multi-winding transformer required and no need for external filter equipment. The drives exceed the requirements of EN 61000-3-12 and IEEE519 and offer genuine unity power factor with no compensation needed.

Since the drives were installed at the plant, ABB drives have also been installed at many other McCain Foods plants globally and the company is looking for other applications where ABB drives could bring benefits. 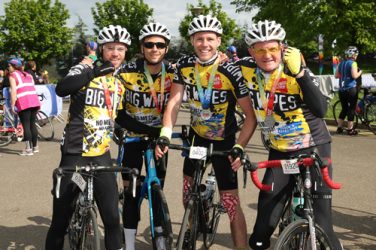 Big Wipes gear up for epic charity bike ride!  Bikes at the ready! The ...

Don’t get caught out by bad weather: ECA advises employers on dealing with non-attendance at site

Don’t get caught out by bad weather: ECA advises employers on dealing with non-attendance ...