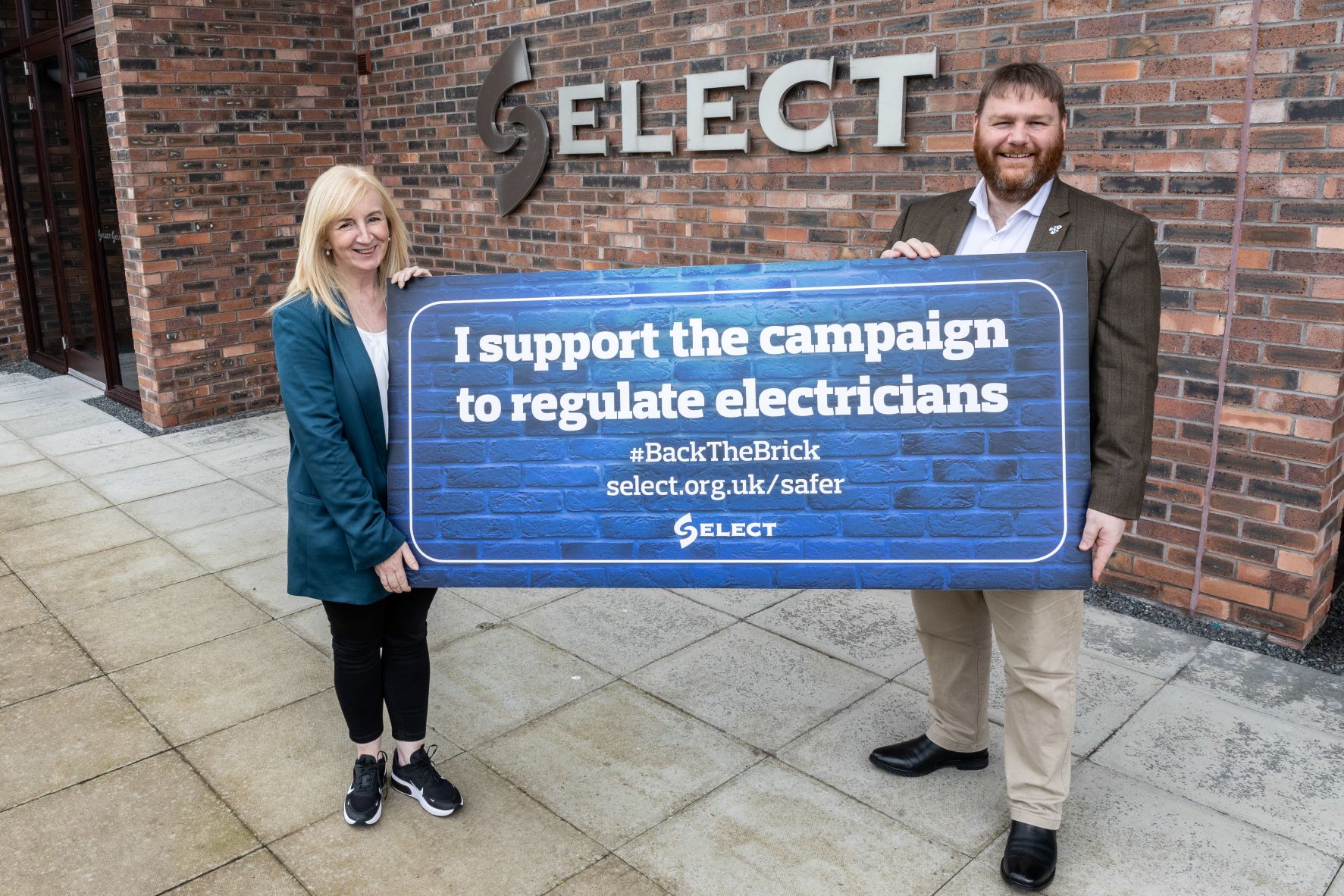 SELECT recently hosted Owen Thompson MP, Member of the UK Parliament for Midlothian and SNP Chief Whip, at its headquarters at The Walled Garden outside Edinburgh.

During his visit, the MP said that, while aware that the issue of protection of title for electricians was under consideration in the Scottish Parliament, he would now seek to raise the matter in the House of Commons and would add his name to SELECT’s Wall of Support. 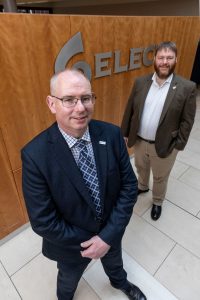 He says: “I was delighted to have the opportunity to meet the SELECT team. I have been aware since my days as leader of Midlothian Council of the good work the organisation carries out on behalf not only of electricians but of the construction industry in Scotland as a whole.

“I am very happy to lend my name to the campaign for regulation of the electrical industry. It is an idea whose time has come, since it can only be common sense to assure the public that anyone who presents themselves as an electrician is appropriately qualified and registered and that those who work in the industry do so in a safe and competent manner.

“I fully agree that seeking to regulate electricians could have a significant positive economic impact, as well as helping to reduce the numbers of deaths and injuries caused each year by fires or electric shocks.”

During his visit on Wednesday April 13, Mr Thompson also engaged with his hosts on the importance of a collaborative public sector procurement system and a payment system which made sure that customers pay on time and in full.

While taking a tour of the HQ, he also visited the dedicated SELECT Training Centre, where the Training and Technical departments deliver a huge range of SQA-accredited courses for businesses and organisations across Scotland.

Alan Wilson comments: “It was SELECT’s pleasure to welcome Mr Thompson to our HQ and to have meaningful discussions about matters which directly affect our members, particularly recognition and the ongoing problem of late and withheld payments.

“Mr Thompson’s interest in our activities is indicative of a continuing groundswell of support for our campaigns, with a number of MSPs and other trade associations putting their names to new bricks on the Wall of Support.”

Fiona Harper, who is also The Secretary of the Scottish Joint Industry Board (SJIB), states: “I am sure Mr Thompson appreciated that safety is at the forefront of everything we do as an organisation and that we will not rest until protection of title makes the industry as safe as it possibly can be.”

Hylec has announced it has made two new senior-level appointments. Michael Crowther takes the ... 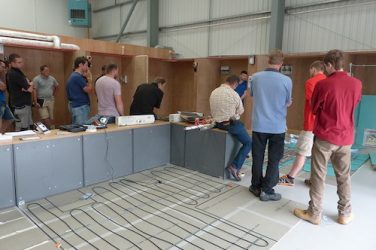 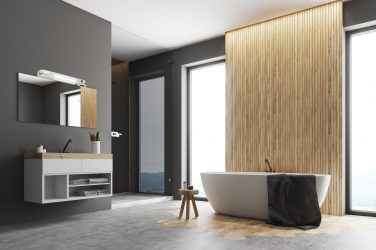 Close in on style with the Knightsbridge shaver light

Meeting the demand for charging points wherever in the house, Knightsbridge has designed its ...