From Greene King committing to hiring 10,000 apprentices (up from 2,000 in 2015), Microsoft and partners announcing plans to recruit 4,500, BT pledging 1,000, Deloitte 200 and Kwik Fit 150, pledges have been made by hundreds of businesses around the country. Other companies that have pledged new apprenticeships include BMW, Addleshaw Goddard LLP, Fortnum & Mason, Virgin Media, British Airways, Prezzo, and the Victoria and Albert Museum.

Traineeships, which give young people the work preparation training, English, maths and work experience needed to get an apprenticeship or other job, also got a boost during the week with employers large and small, including Halfords Ltd and Chelmsford JCP pledging 1,770 traineeship positions.

Skills Minister Nick Boles said: ‘This week I’ve travelled the country meeting apprentices doing the most incredible jobs, from cooking mussels at Rick Stein’s restaurant to fixing helicopters for the Royal Navy. ‘Apprenticeships offer working people the jobs and training they need to build a great career. An apprenticeship really can take you anywhere.’ National Apprenticeship Week, which is led and co-ordinated by the National Apprenticeship Service, saw hundreds of events and activities take place across England. A huge range of organisations and individuals, including employers, apprentices, business support and sector organisations, learning providers, colleges and schools, supported the Week by hosting activities.

Key events during the week included a launch event at the Shard in London where businesses in attendance pledged to recruit over 19,000 apprentices.The Business Secretary, Sajid Javid met employers and apprentices and spoke about the future of apprenticeships. The Licence to Skill event at the London Film Museum, attended by the influential figures from the world of technology, digital and the creative industries, focused on the benefits that apprentices can bring to these sectors.

‘As an apprentice I am able to earn whilst I learn, gaining degree level qualifications whilst acquiring practical experience at the same time. I believe in learning through experience and my apprenticeship allowed me to do that.’

Individuals and businesses who apply to the awards compete to be named ‘the best of the best’ on a regional and national level. For the sixth year running the very best employer category entries will also have the additional bonus of featuring in the annual Top 100 Apprenticeship Employers list.

There has never been a better time to employ an apprentice, or start an apprenticeship. Hiring apprentices helps businesses to grow their own talent by developing a motivated, skilled and qualified workforce.

To find out more about National Apprenticeship Week 2016, go to www.gov.uk/naw2016

ECN, NCN and DCN become part of All Things Media 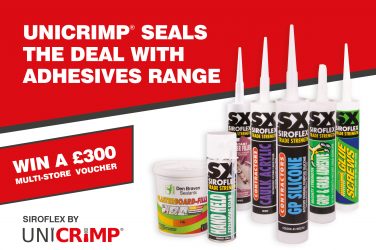 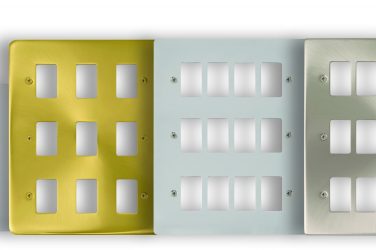 Reaching a powerful audience Electrical wiring and lighting specialist Scolmore will be showcasing a ...