ABB drives have been installed at a new pumping system at Wiggenhall St Germans in Cambridgeshire. The drives are helping protect 20,000 homes and prime Cambridgeshire farmland, valued at over £3.6 billion.

The pumping station provides water management for the Middle Level District, an area of the Cambridgeshire Fens reclaimed during the l7th century. Over the centuries, much of the area has sunk to below sea level due to peat shrinkage and soil erosion. The original pumping station was built in 1934 to pump land drainage and flood flows from the Middle Level into the tidal River Ouse. Aging equipment and a predicted need for a higher capacity meant that a new station was needed.

To provide increased capacity, six pumps were chosen instead of the previous four. Each of the six new pump sets can raise 16.66 m3/sec to a static head of 4.25m, giving a total capacity of 100 m3/sec. This gives the new station the capacity to deal with extreme events, although no more than three pumps at a time are expected to run under normal conditions.

The Middle Level Commissioners, operators of the station, engaged Atkins to design an electrical system for the new station, including the variable speed drives (VSDs) to control the six pumps. A priority for the customer was to have low voltage equipment. The electrical system chosen was to have an 11kV incomer and use a transformer to step down to 690V.

The drives chosen were six 1.2MW ABB industrial drives, fitted as a chassis mount in three Motor Control Centre (MCC) cabinets. The drives are controlled via a SCADA system that is fed data from level meters. This gives accurate control and adjustment of the flow. It is essential to avoid over pumping of water as the drains must be maintained at a minimum level to allow navigation by boats.

Don Lamont, project manager of Atkins, said, ‘Overall, we have been very happy with the way the project has gone. All the major contractors such as ABB have integrated well with each other to produce a successful outcome. Since commissioning the drives in April, we have had no major issues with them.’ 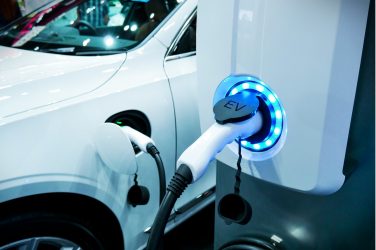 With the IET releasing its first 18th Edition amendment this month, Bureau Veritas is ... 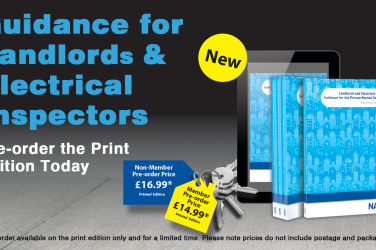 As of today, landlords in England are required to have every electrical installation within ...

Put your senses into overdrive with a charity skydive

Put your senses into overdrive with a charity skydive Imagine an experience that pushes ...