Current apprentices and employers across the country are being encouraged to enter the 2013 National Apprenticeship Awards.

With just a month to go until nominations close (on the 26th April 2013), the awards demonstrate how apprenticeships deliver for a whole range of industries, from engineering and construction through to IT and the creative and digital sector.

Now in their 10th year, the 2012 winners have seen significant benefits from taking part. City & Guilds Apprenticeship Champion of the Year Jenny Westworth, from BAE Systems, won following a public vote and has gone on to share a speaking platform with the Deputy Prime Minister and taken part in a job swap with Skills Minister Matthew Hancock.

Another winner, Bethan Sherbourne from MBDA Missile Systems, who won the Virgin Media sponsored Higher Apprentice of the Year Award, said, ‘It’s been overwhelming to have my efforts commended at national level. Since my success in the awards, I’ve been able to conduct a speech at the House of Lords, appear live on ITV’s Daybreak and on BBC radio.’

Managing director of Berthon Brian May, said, ‘These awards recognise and reinforce your company’s role and respect in the community, thereby boosting customer appreciation of your company.’

This year will see an additional award category for the best Apprenticeship Employer Newcomer. This award will celebrate employers that have recently begun employing apprentices within the last two years and can show the immediate benefits this has brought to them.

The awards ceremony will take place at The Skills Show in November, the UK’s biggest careers event sponsored by the Edge Foundation and City & Guilds, and, for the third year running, the very best employer entries will also feature in the annual Top 100 Apprenticeship Employers list, published in partnership with City & Guilds.

Skills Minister Matthew Hancock said, ‘Apprentices deliver because they support economic growth, ensuring that both employers and employees have the skills they need for their companies to succeed.

‘These awards offer a great platform for everyone involved to gain recognition not just for excelling in their chosen field, but for playing a leading part in that vital process.’

‘Entering is a real opportunity for employers and individuals to gain the recognition they richly deserve for building the national skills base.’

To find out more about how to enter both the National Apprenticeship Awards visit: www.apprenticeships.org.uk/awards. 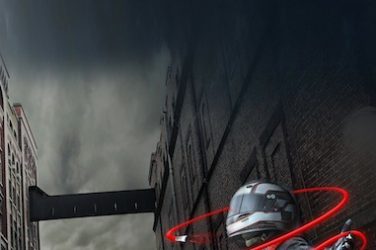 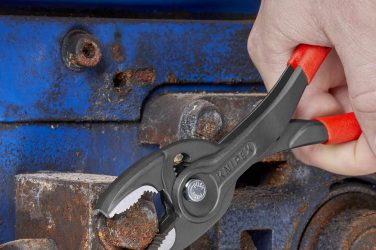 The new KNIPEX TwinGrip Slip Joint Pliers can be used to securely grip and ...