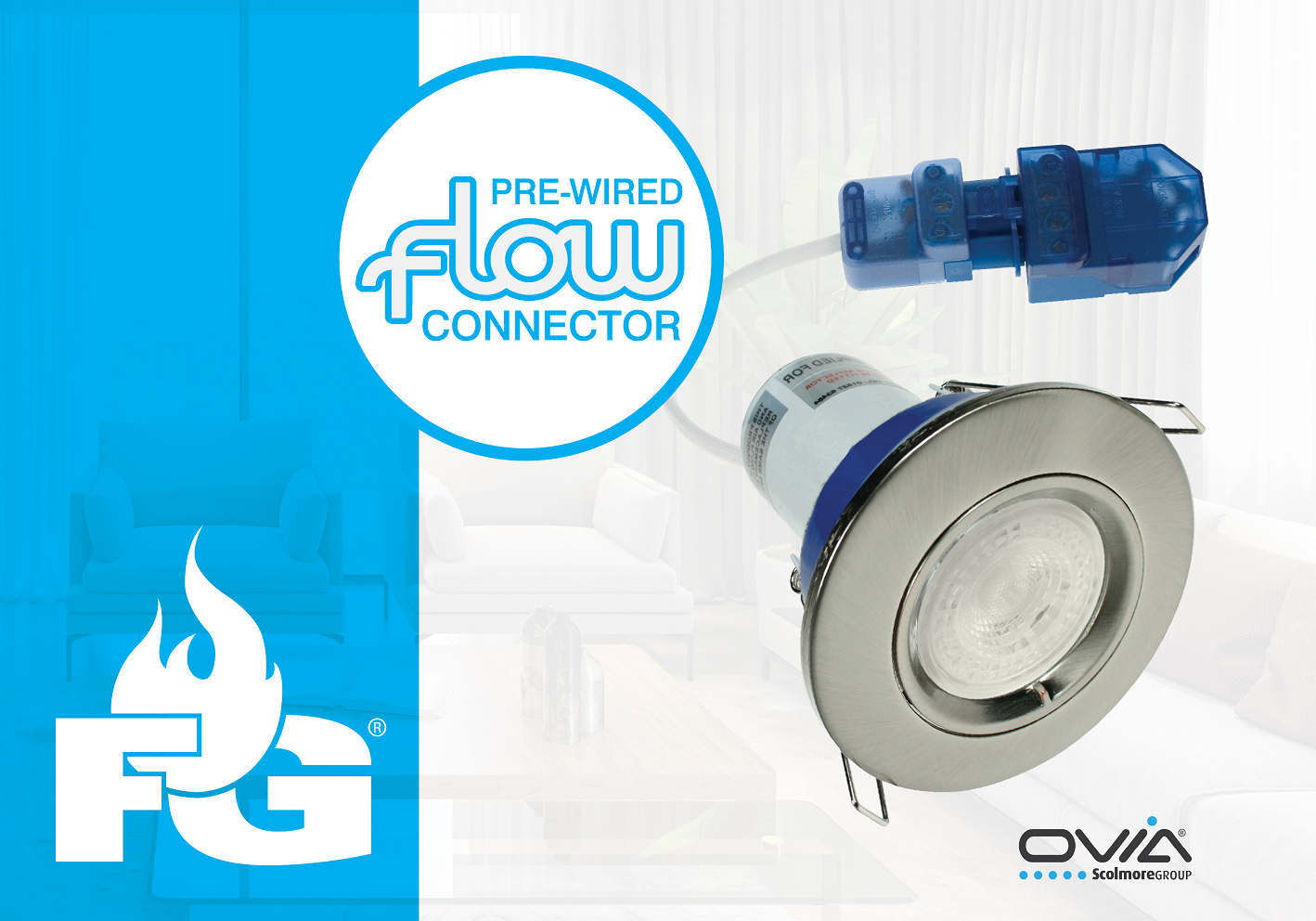 The company was the first to bring a fire-rated downlight to market back in 2005 with its award-winning Flameguard fixed, integrated, fire-rated LED downlight, and now 16 years later, Ovia is still investing in the range to further enhance its features and benefits.

All Flameguard fire-rated downlights are now supplied pre-wired with fast fit Flow connectors which feature push-in, low maintenance terminals to offer another time-saving benefit for installers. In a speed test carried out by Ovia, installation times were compared for these fast fit connectors, versus the equivalent screw terminal versions and typically the fast-fit versions were completed in around half the time.

Products that incorporate Ovia’s award-winning Flameguard system technology, benefit from a 30, 60 & 90 minute fire rating – including I joists, metal web joists and solid timber. They also have an acoustic rating (0dB) and are airflow compliant.

The Flameguard intumescent seal, when exposed to fire, forms a dense carbon char which separates and insulates the substrate from the heat of the fire. The expanded seal eliminates the flow of air through the void and thereby starves the fire of vital elements for combustion.

There are four versions of the Flameguard LED downlights in the range – GU10 cast fixed, GU10 fixed, GU10 cast adjustable and GU10 adjustable – and they are available in a choice of chrome, satin chrome and white. They have an IP rating of up to IP65 and come with a five year warranty.