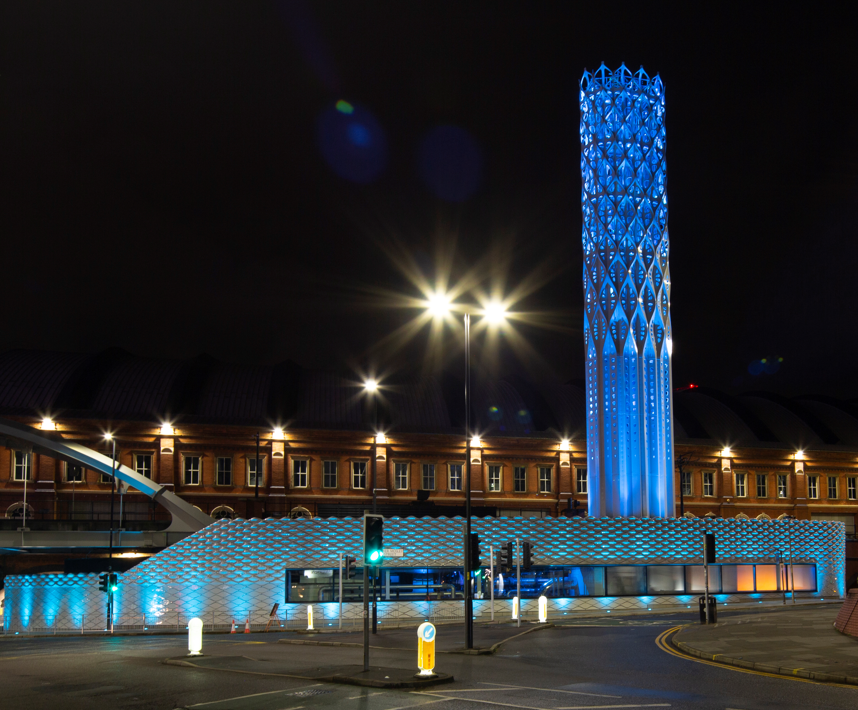 Located in the heart of Manchester’s iconic city centre, a new 40-metre illuminated tower has been constructed, marking a key milestone in the development of the city’s new heating and electricity network. The striking new landmark, proudly named ‘The Tower of Light’ is a flue tower and façade enclosing the new Vital Energi CHP energy centre, which stands tall in Manchester’s Civic Quarter. 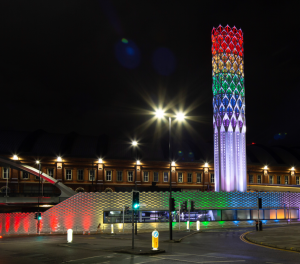 Spearheaded by the city’s ambitious target to transition to zero carbon by 2038, the Manchester Civic Quarter Heat Network (MCQHN) is now supplying low carbon heat to its first customer, the Manchester Central Convention Complex. The ground-breaking £24m project generates low carbon power in an energy centre beneath the railway arches by Manchester Central. It is then distributed by a 2km network of underground pipes which will soon serve a whole host of Manchester’s iconic buildings, including Bridgewater Hall, Central Library, Heron House, Manchester Art Gallery and Manchester Town Hall.

The tower has been expertly designed by award-winning architects Tonkin Liu, using a shell lace structural technique created in partnership with Arup. The structure comprises of 3-8mm laser-cut sheets which are then curved and welded together to create a strong, rigid surface. This ultra-lightweight, vertical, single-surface structure provides a strong support to the chimneys at the base of the energy centre, impressively using only minimal materials to do so.

During the day, the wind moves reflectors to direct sunlight into the tower, filling it with dancing light. At night, The Tower of Light comes to life, showcasing the beauty of its spectacular design. SEAM Design, appointed to create the tower’s lighting scheme, specified Pharos Architectural Controls to help achieve this. 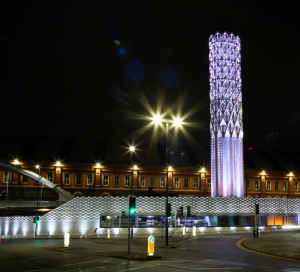 The luminaires were supplied by leading British lighting manufacturer Tryka; using the trusted and highly versatile Pharos LPC (Lighting Playback Controller) 2, which supports the DMX lighting protocol. A Pharos TPC (Touch Panel Controller) has also been integrated into the final solution, allowing the tower to benefit from lighting controls, complete with a smart user-friendly interface.

Mark de Gruyter, Regional Manager EMEA of Pharos, comments: “Manchester’s iconic Tower of Light is an exceptional commitment to tackling climate change, and the design and innovation to deliver this project has been outstanding. We are firm believers in creating a sustainable future, and Pharos is thrilled to have contributed to this remarkable tower. It’s not only a fantastic source of low carbon power, but at the same time demonstrates Manchester’s unique ability to stay ahead of the curve in both function and design.”

The spectacular Manchester landmark is projected to save an initial 1,600 tonnes of carbon emissions per year, contributing towards Manchester’s target to transition to zero carbon by 2038. 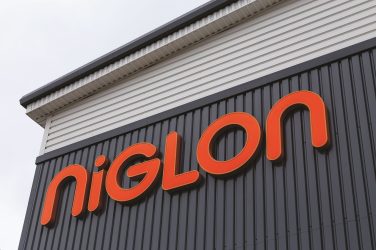 There has been Midlands Business Awards success for Niglon!

The team at Niglon is absolutely thrilled to announce the company has been shortlisted ... 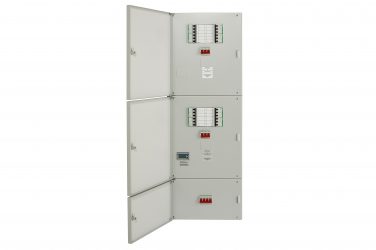 The benefits of Loadstar stack up 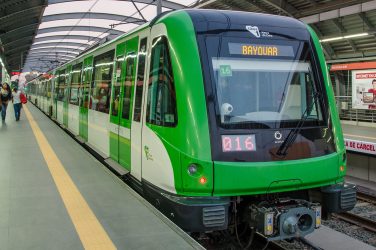 Ellis has seen its Alpha trefoil cable cleats specified and installed by Edelnor in ...