Ploughcroft is expanding its national team with the appointment of 25 new staff.

The company has recognised the opportunities that will arise as a result of the Green Deal and has created the new roles for energy assessors.

Ploughcroft prides itself on the quality of its installations and its new recruits include skilled energy assessors and solar surveyors who are looking for an exciting new opportunity.

The new staff will be based in the South of England at Ploughcroft’s regional bases in Plymouth, Exeter, Southampton, Kent, Essex, Bristol and Cardiff.

They will offer renewable products and services both to the domestic and commercial markets, catering for everything from large scale installations, including local authority schemes, to domestic users.

Chris Hopkins, managing director of Ploughcroft, said, ‘At a time when many are talking the industry down, due to changes in the Feed-in Tariff, we have seen an increase in demand for renewable energy installations, especially in the South of the country as we expand our geographic coverage. Our aim is to become the renewable installation company of choice for the UK homeowner and expanding our dedicated team goes further towards achieving this.’

He continued, ‘We will be offering a Domestic Energy Assessment service to homeowners on a national basis, as a result of the Green Deal, which is due to be launched shortly. This will give homeowners the opportunity to secure funding to help with the initial outlay on renewable energy, which will be paid back through their energy bills, making such systems much more affordable to everyone.’

Since Ploughcroft received national recognition by securing investment on BBC TV’s Dragons’ Den in summer 2011, the company has gone from strength to strength, expanding its range of services and its business significantly. Despite the business’ rapid growth, the company has remained focused on achieving first class customer service and delivering on its quality installation promises.

Chris Hopkins added, ‘Having two of BBC’s Dragons invest in Ploughcroft sends a clear message to anyone thinking about installing renewable technologies that we are the company to trust. We have continued to grow because we are dedicated to the renewables sector and provide a complete package from survey through to installation and handover – it really couldn’t be easier for homeowners.’

Ploughcroft supplies solar panels to domestic projects and commercial installations and is an MCS (Microgeneration Certification Scheme) accredited installer. This means the company is a certified installer of microgeneration technologies that are used to produce electricity and heat from renewable sources. 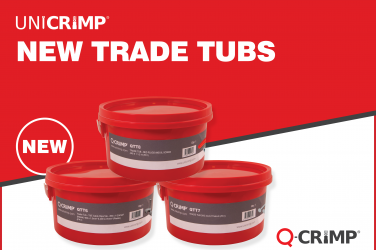