‘Almost 70 per cent of domestic fires in Wales arise through electricity’, explains Phil Buckle, director-general of Electrical Safety First. ‘With over a third of PRS homes failing to meet the Decent Homes Standard and welsh government statistics indicating that almost a fifth of privately rented homes are considered to be unfit for habitation, electrical safety needs to be urgently addressed,’

Poorly maintained homes often have badly maintained electrical installations and concerns around home safety are increasing in conjunction with the expansion of the PRS in Wales. If the sector continues to grow at its current rate, it is estimated that in five years’ time, one in five homes will be provided by private landlords.

Electrical Safety First has been working with a wide coalition of stakeholders to highlight this issue and promote action from the welsh government. The charity has called for; mandatory, five yearly checks of the electrical installation in all privately rented homes. Moreover it has highlighted the need for residual current devices (RCDs), which help prevent electric shocks, to be installed in all PRS properties.

‘The Renting Homes (Wales) Bill is a second chance to make these fundamental safety checks a legal requirement, adds Phil Buckle. ‘We were disappointed that they were not incorporated into Wales’ First Housing Act, last year but this is an opportunity to ensure that private tenants in Wales have the same protection as those in Scotland.’ 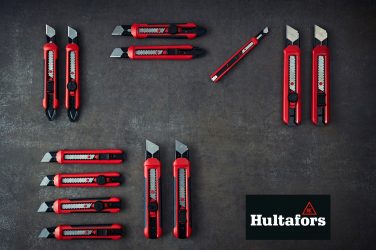 Hultafors Tools has launched a new range of ‘Snap-Off’ knives for professional craftspeople. With ...