Mandy Reynolds of Sheffield and Anthony (Tony) Byrne of Essex were both nominated for the prestigious award after winning the best local business in each of their regions.

The duo missed out on the national prize but were invited along to attend the ceremony and were presented with their regional awards.

The awards are based on comments, recommendations and feedback from Which? customers. Winners are chosen for the impressive levels of service and professionalism they provide.

For Mandy, who runs female firm MandMade it was a particularly poignant piece of recognition. She also picked up the South Yorkshire and Humberside regional title before in 2011, before going on to win the national award later that year.

She said, ‘I was honoured to be nominated as the awards are a real big event and it was great to see a fellow NICEIC member up there as well,’ she commented.

Tony, who runs AJ Byrne Electrical was named the best local business for the Eastern region. He added, ‘One of my customers rang me up and said he was so happy with a job I carried out he was going to put up a review on the Which? website.

‘I didn’t think too much of it but since then I have gained quite a bit of work and had over 20 reviews on there. It was a real big event to attend and an honour to be recognised.’

The Which? Awards celebrate the UK’s best businesses and were presented in London. The seventh annual awards were cohosted by TV presenter Natasha Kaplinsky (pictured with Tony Byrne) and Which? chief executive Peter Vicary-Smith. 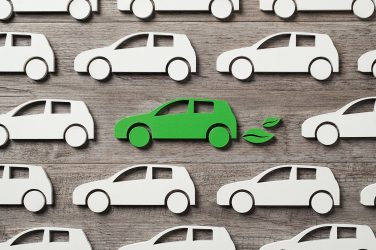 BEAMA goes on the road

BEAMA goes on the road BEAMA’s Autumn Roadshow will highlight how housebuilders and registered ...