Following the successful launch of the ElectricSafe Register, NAPIT has hosted a second Electrical Safety Roundtable (ESR), held in Westminster on 22nd November 2012.

The initiative was widely praised during the debate as an important, tangible step towards improving consumer awareness and one which directly followed one of the central recommendations of the opening meeting, held back in June.

The second ESR debate saw influential industry representatives come together to consider a number of prominent issues relating to electrical safety and competence.

Attendees discussed the idea of a formal Electrical Safety Roundtable Group that would meet regularly to develop a consensus on key issues which could be successfully communicated to government, a concept that was well received all round.

The debate also outlined plans to develop a charter for electrical safety that, it is hoped, will see a diverse range of industry representatives agree on a set of core principles that can be communicated to government and parliamentarians.

One important announcement to come out of this forum was that a meeting had been secured with Don Foster, Parliamentary Under Secretary of State at the Department for Communities and Local Government and long serving Liberal Democrat MP for Bath.

In the political meeting which followed the ESR debate, Mr Foster expressed his anger over the widespread confusion, for both the industry and consumer, which had been created by the dual register debacle.

The Electrical Safety Roundtable, which will now meet regularly to promote improvements in the safety of domestic electrical work, is open to any interested organisation that wishes to join.

The ESR committee will continue to work with both electrical industry representatives and politicians to agree collective positions on fundamental issues of electrical safety and competence, driving positive change throughout the industry as a whole. 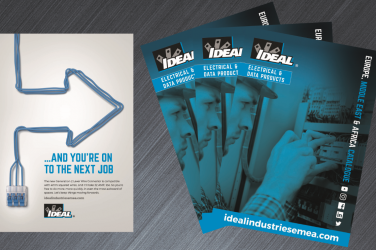 Win a Megaman World Cup BBQ apron Whether you’re a star turn with your ...